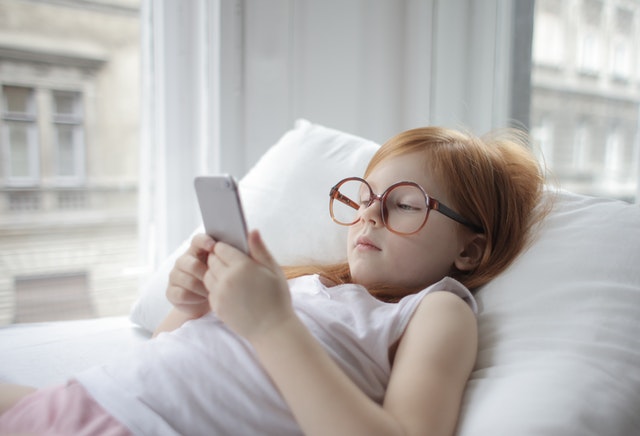 As kids spend more and more time tethered to gadgets—watching YouTube videos on a tablet or blasting tunes through their headphones—experts are worried about the potential harms these devices might be having on their vision and hearing.

Vision experts are seeing a marked increase in conditions such as dry eye and nearsightedness in children, which they believe is at least partially due to too much screen time. New research also suggests that blue light—emitted by smartphones, tablets, computers, and TVs—might, over time, damage the retina, the thin layer at the back of the eye that contains light-sensitive cells. And audiologists are concerned that habitual use of headphones at unsafe levels may lead to an increase in hearing problems in kids and teens.

Whether it’s technology-based or not, so-called near-work, such as reading a textbook or looking at a computer or TV screen up close, can cause the lens of the eye to shift its focus, says K. David Epley, M.D., a clinical spokesman for the American Academy of Ophthalmology. Over time, this can cause the eyeball itself to lengthen, which can lead to—or worsen—nearsightedness.

For instance, a study of nearly 2,000 school-age children in Taiwan, published in June in the journal Ophthalmology, found that those who reported two or more hours of “cram school” (after-school or weekend prep courses typically involving close reading and studying) were more likely to be nearsighted than those who didn’t do the extra academic work.

Additionally, staring at screens from any distance causes kids (and adults) to blink less often, which could lead to dry eye. Over time, the American Optometric Association says, chronically dry eyes could damage the surface of the eye and impair vision.

What’s less clear at the moment is how harmful blue light from screens may be. After a July study in the journal Scientific Reports suggested that it might damage the retina in ways that could lead to macular degeneration—an eye disease that causes vision loss—we saw a spate of frightening headlines: “Smartphones speed up blindness” and “Screens are killing your eyeballs.”

What we do know is that blue-light exposure, typically just before bedtime, can affect the body’s natural circadian rhythm by suppressing the hormone melatonin, making it harder to fall asleep.

Listening to music or other sounds that are too loud for too long has the potential to harm kids’ hearing permanently, say experts. And, “Noise exposure is increasingly common because of all the portable technology, whether it be your phone or your dedicated music listening device or even your computer,” says Paul K. Farrell, Au.D., an associate director of ASHA Audiology practices at the American Speech-Language-Hearing Association.

A 2015 report from the World Health Organization estimated that about 1.1 billion teens and young adults were at risk of hearing loss, at least partially due to high sound levels from personal audio devices such as smartphones and iPods, and from noisy rock concerts, sports venues, and nightclubs.

A study published in 2017 in the journal Pediatrics, however, found that hearing-loss rates in adolescents aren’t increasing drastically. In fact, they appear to be hovering around the same level they did in the 1990s.

More studies might be needed to get a better handle on how noise may be harming young ears. “Unfortunately there hasn’t been a lot of research reported on the risk of hearing loss from noise exposure,” Farrell says. “But we can say there’s definitely an increase in concern.”

Comment: This article talks about the potential damages on child’s vision and hearing can be causes by long screen time and high volume audio. When I think about some physical damage due to technology, the first thing that pops into my head is the impact on eyes so I wanted to post this article here.