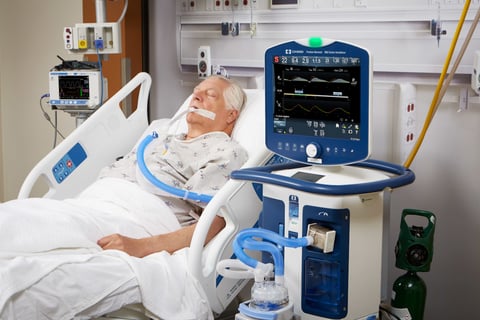 Can Mammals Breathe Through Their Butt?

While we often consider the butt as the exit for waste in our body, it is also an entryway with lifesaving potential. After all, humans and plenty of other mammals can absorb medications rectally. That’s because there’s a lot of blood vessels in the area, allowing medicine easy entry.

But medicine is specially designed to maximize absorption in the body. Oxygen doesn’t have nearly as easy a path towards entry into the bloodstream through the rectum because of the mucus membrane mammals have on the intestines. There are also important anatomical differences between our intestines and those of fish that already harness this ability. Animals that can breathe through their butts, like loaches, had a much thinner epithelium in their guts and a lot less mucus. During the course of early development, a butt-breathing genetic pathway is turned on that helps dictate the structure of the intestine. When it’s all said and done,  the posterior end of the intestine is equipped with all the structures necessary for respiration (and gas exchange).

Remarkably,  the mice supplied oxygen through their anus had elevated oxygen levels in their blood. The final group that also had their intestinal mucus scrubbed fared even better, surviving the longest in the low-oxygen conditions — five times as long as the control group. This experiment proved that there is potential for mammals to breathe through their butt, however, the mucus layer covering the intestinal epithelial cells makes it more difficult.

In a clinical setting, scrubbing the mucus off of a person’s intestines isn’t really feasible, and doesn’t sound like a pleasant experience. But using a method akin to an enema may work, by infusing safe, oxygenated liquid through the butt. This liquid, called perfluorodecalin, could safely store and deliver oxygen via an enema. Due to the properties of this liquid, it doesn’t need to scrub the mucus off of the intestines, meaning less discomfort and abrasion. Oxygen diffuses into the bloodstream while carbon dioxide diffuses out. Since it holds a lot of oxygen and carbon dioxide very easily, it is also delivered safely to the lungs, and is already in clinical use.

In their next experiment, mice were placed in chambers with only 10  percent oxygen. While this isn’t lethal, it is enough to induce the physiological effects of a lack of oxygen, hypoxia. The mice that received oxygen-loaded PFD rectally normalized their oxygenation back to normal levels.

In rats and pigs, the researchers repeated these experiments finding that two days of the protocol didn’t lead to any significant adverse effects.  Importantly, the diffusion and distribution of many different drugs are tested in pigs due to similarities in physiology.  While the authors couldn’t figure out how exactly the oxygen passes into the intestine, they showed enough efficacy to permit more studies trials in animals and in humans. According to the press release, the research team is working with Japan Agency for Medical Research and Development to conduct more experiments and potentially head to a human trial. This could increase the ventilation capacity of hospitals during future outbreaks of respiratory diseases.

During COVID-19, many hospitals find themselves short on ventilators. During the pandemic, many will require the use of a ventilator for an average of 15 days, while a few people will need significantly more time. Ventilators aren’t something that a person can use for one day and then get discharged. The first wave of people requiring ventilators will receive them immediately. However, someone whose lungs fail the next day may need to survive for two weeks without one.

In an interview with The Scientist, corresponding author Takanori Takebe,  Assistant Professor, UC Department of Pediatrics and a Professor at the Institute of Research, Tokyo Medical and Dental University, Japan, explained how his father was hospitalized with acute respiratory distress syndrome due to a chronic lung condition. He saw first-hand how difficult and damaging mechanical ventilation can be on the body.https://cdn.iframe.ly/api/iframe?url=https%3A%2F%2Fmassivesci.com%2Fnotes%2Fworm-butts-evolution-organs-reproduction%2F&key=a91f6c63822d2172297a7435cae7a9eb&v=1&app=1

While these ventilators are the gold standard for treating acute respiratory distress syndrome, occurring through COVID-19 infection, it isn’t always available. In the intervening period, there is a need for more techniques and strategies to deliver oxygen and stave off hypoxia and death. If rectal ventilation can work in humans, it will provide a way for doctors to keep some of these people in a stable condition while they await a ventilator. Additionally, since there are no patents or complex mechanical components to rectal ventilation set up, it could be cost-effective to implement.

But humans aren’t pigs, or rats, or mice. Lots of incredible research and findings do not translate to humans. One problem remains unaddressed however how will patients or even animals receiving rectal ventilation poop? Can the enema be adjusted to facilitate bowel movements or could this tank the technology? Takebe will be working hard to test this method in more animal models and potentially a human clinical trial soon.

However, a company called Respirogen Inc. may beat him and his colleagues to it. Respirogen Inc. has registered a clinical trial to assess the safety of this method in healthy humans. Six healthy volunteers will experience induced hypoxia, by breathing in a mixture of gases with low oxygen content. In this study, these volunteers will then receive oxygen rectally to monitor whether this method can successfully increase oxygen levels and stave off symptoms of hypoxia. However, Respirogen Inc. will be using standard enemas and colonoscopy-cleansing procedures to reduce the chances someone will need to poop during the trial.

“In human use for treatment of hypoxia, cleansing of the colon will take place by standard enema or colonoscopy prep procedures, which are well understood and accepted,” Respirogen CEO Bob Scribner explained over email. “The use of an oxygen bolus delivery allows the procedure to be suspended and restarted as needed to accommodate a patient’s need to void.” Their technology uses an oxygen bolus, essentially a gas bubble, that is delivered into the butt, and could be stopped temporarily in case of a fecal emergency.

With at least two different groups working toward this goal, we may finally be able to say with some certainty, whether humans can effectively breathe through their butt. What sounds like a ridiculous question may end up saving people that aren’t immediately able to access a ventilator.

Part of the problem with Ventilators is that to transport patients around the hospital patients need to be uninstalled and then reinstalled into patients. Doing this increases the risk of infection in patients. If doctor were to insert a ventilation system into butts where this area normally deals with bacteria then their may be a lesser risk of infection. 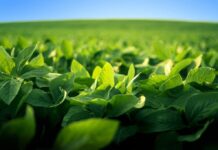 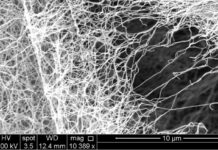