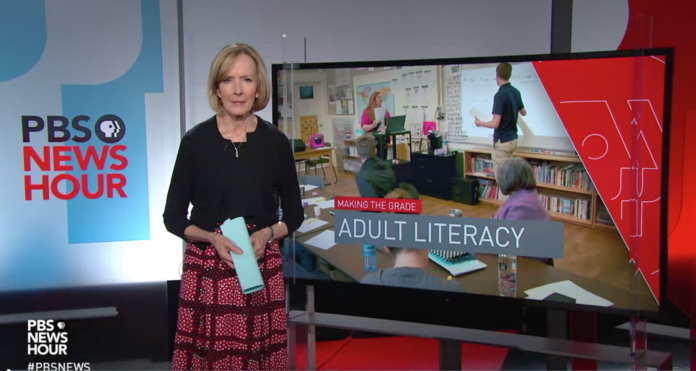 In the U.S., 36 million adults lack the basic literacy skills needed to sustain employment — yet education programs for this group serve only about 1.5 million, and funding continues to be cut at state and federal levels. Meanwhile, stigma can keep adults from reconnecting with the classroom. Kavitha Cardoza reports from Maine, whose governor has pledged to increase funding for adult education.

Comment: This video and transcript offers a perspective on adults developing literacy skills and specifically focuses on adult education centers. We see stories of a few people involved in participating in these centers and that it is not just about learning to read but also for some learning to speak English. This video gives a pretty comprehensive overview to adult education centers and how the issue of learning to read is often overlooked even though many need this help. It also shows what people struggle with and how there is a social impact for individuals when they don’t know how to read or speak English. It also brings awareness of lack of funding for these centers and potential positive and negative policy changes that are on the horizon.