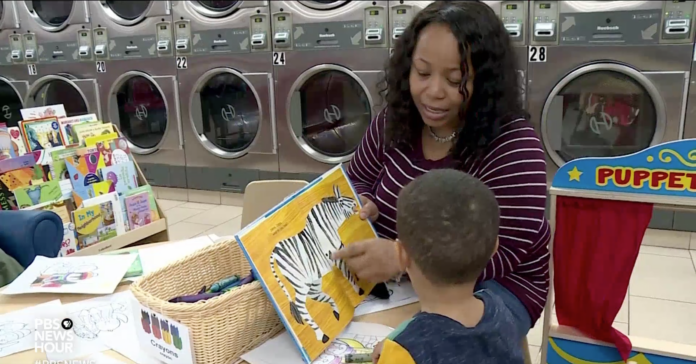 Comment: This intervention of placing reading areas in laundromats is really interesting because the laundromat is a space kids likely visit regularly and for an hour or two at a time. This gives the kids a long time to be able to engage with the reading area as well as revisiting it by coming back week after week. It seems like a successful way to give children in the area access to books. I think this specific intervention focuses on bringing literacy to people conveniently and at no cost to them. And when the librarians are there to read to children and oversee the area, there is potential for even more interaction. I think this is the most unique or intervention I have seen so far. The one challenge of it they talk about is to not only get the kids involved, but find ways to get parents involved too.