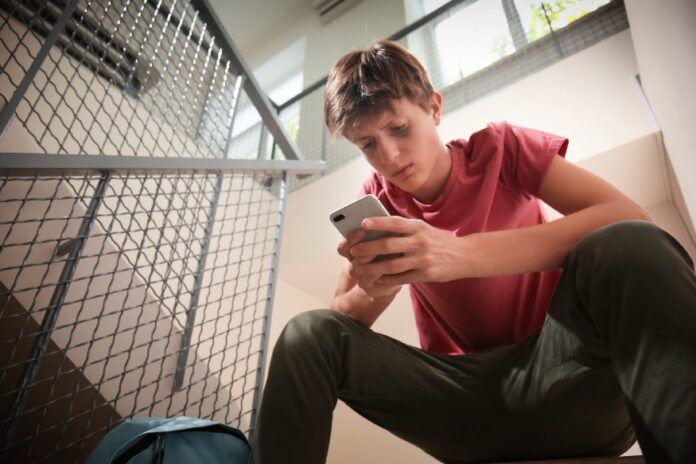 A common narrative holds that in the United States, public acceptance of gender and sexual minorities is strong and getting stronger. Despite data showing anti-LGBTQ violence is rising sharply across identity spectra, this narrative is holding and influencing public discourse. If data isn’t enough to convince people that the narrative is off kilter, perhaps story telling will do the trick.

A boy held his head high and marched into his high school gym last Friday, surrounded by the rest of the cheerleading squad, all girls. He was a freshman, only 14 years old, and intimidated by the pep rally. But he loved cheerleading, inspired by his big sister who’d been captain of the squad the year before.

He was nervous because a lot of kids at school knew he was gay, and they’d been harassing him and threatening him physically for about a month. He gritted his teeth and dove into his tumbling routine. The crowd started to roar in approval. “Hey! Hey! Hey!” Then something changed.

The boy looked up to where the football team was sitting. He heard a bunch of them chant as they stared him down. “Gay! Gay! Gay!” they shouted. When they saw him notice, their chant changed to “Fag! Fag! Fag!”

School officials did nothing. On Monday, school administrators and the football coach played down the incident. In a meeting with the father, they suggested it had all been a misunderstanding, that the boy had simply misheard the football players.

This gay cheerleader isn’t alone.
Tyler Wilson of Findlay, Ohio was beaten up and suffered a broken arm after homophobic bullies taunted him about joining his school’s cheerleading squad. He vowed to continue cheering after his arm healed.

Ronin Shimizu of California’s Folsom Middle School also loved cheerleading. But he won’t be continuing. After months of concentrated harassment and abuse for being the only boy on the Vista Junior Eagles Cheer Team, he left to be home schooled. Then he killed himself.

Those are just three stories that back up the data.
I’m not citing random anecdotes that stand as exceptions to reality. Data show that anti-LGBTQ school bullying is a huge problem in the United States and that it’s getting worse.
LGBTQ kids deserve safe schools, but they rarely have them. According to data compiled by the US government, anti-LGBTQ bullying is endemic in American schools. LGBTQ students are more than twice as likely to be bullied as their straight/cis peers.
Data from the National School Climate Survey show that:

Bullying is getting worse, hitting unprecedented highs by 2017.
North Carolina-based research firm RTI International tracked 20 years of data on school bullying and conducted a meta-analysis of those findings. They found that “despite assumptions that today’s youth are more welcoming and accepting of LGBTQ identities, widespread targeting of such youth has not improved since the 1990s.”

In fact, bullying of LGBTQ youth has been climbing steadily, reaching unprecedented highs by 2017. Researchers point out that while youth in urban areas and liberal bubbles do enjoy somewhat greater acceptance, increased bullying and violence in rural and conservative areas offset the improvement.

Bullying puts students in a dangerous Catch 22.
Research shows that being ‘out’ is important for good mental health. LGBTQ people who come out and live out are mentally healthier and report happier and more fulfilling lives.
The opposite is true for teens who are bullied for being open about sexual orientation or gender identity. For LGBTQ youth as a class in the United States, “coming out” has been linked to school victimization, which in turn is associated with negative adjustment and with poor mental health outcomes like severe depression, suicidal thoughts, and suicide attempts.