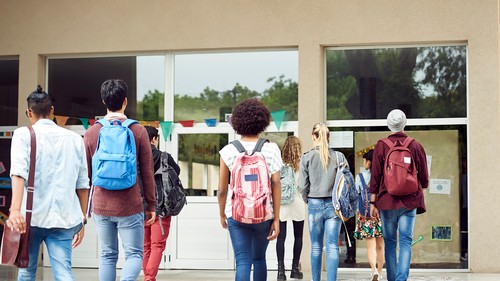 The Trump administration is doubling down on abstinence. For the last two years, they have sought to prioritize funds for abstinence-based sex education programs, while cutting funds to science-based programs that take a comprehensive approach.

One in ten students reported having experienced penetrative sexual assault since starting college; however, and consistent with previous research, the number was far higher for women (14 percent) than it was for men (5 percent). Receiving abstinence-only sex education was not associated with risk of sexual assault. In other words, it didn’t reduce the odds of being sexually assaulted, but it didn’t increase them either.

By contrast, comprehensive sex education that specifically included training in sexual communication skills—especially in terms of how to turn down unwanted sex—was linked to a lower risk of victimization. Specifically, those who received this type of sex education were about half as likely to report having been sexually assaulted in college.

These findings have important implications. As the authors of this study write in their paper, “In the broadest sense, our findings point to the underexplored opportunities for pre-college sexual assault prevention… Sex education promoting refusal skills before college may protect young people in college.”

In other words, if we want to fight our problem with sexual violence in colleges and universities, we need to reach out to students before they ever set foot on campus. And their high-school sex education classes present an ideal opportunity to do so.

The authors go on to say that, “sexual assault prevention should adopt a lifecourse perspective, including teaching young people before college about healthy and unhealthy sexual relationships and how to say no when sexual interaction is not wanted and yes when it is wanted.”

Regardless of where they are on the political spectrum, most people would agree that we have a big problem with sexual violence that needs to be addressed. However, if we’re serious about doing something, we need to let the evidence—the data—serve as our guide instead of ideology.

What the data shows is that abstinence-based programs and policies aren’t helping. No matter what outcome you look at—teen pregnancy, STDs, sexual violence—preaching abstinence until marriage just doesn’t seem to work. At best, there’s no effect. At worst—like in the case of teen pregnancy—it’s counterproductive.

Not only is this approach failing to equip students with the skills they need to successfully navigate sexual and romantic relationships, but it’s also unrealistic in an era when most people start having sex in their mid-teens (age 16-17) and the average age of marriage is creeping up to almost 30. We shouldn’t be surprised that teens aren’t listening when we tell them to keep it in their pants for the next 10 to 15 years.

What does work is comprehensive sex education that focuses on telling people what they need to know if and when they decide to become sexually active, and then building sexual communication skills. If health and safety is really our priority, we need to show it by changing the way we teach our kids about sex in school.