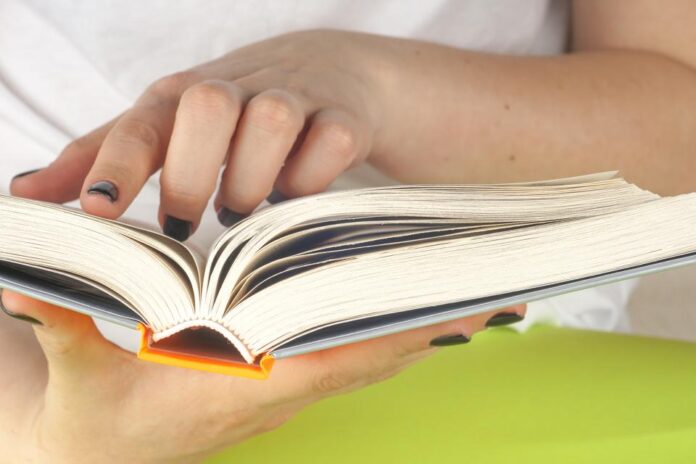 A new study by Gallup on behalf of the Barbara Bush Foundation for Family Literacy finds that low levels of adult literacy could be costing the U.S. as much $2.2 trillion a year.

According to the U.S. Department of Education, 54% of U.S. adults 16-74 years old – about 130 million people – lack proficiency in literacy, reading below the equivalent of a sixth-grade level. That’s a shocking number for several reasons, and its dollars and cents implications are enormous because literacy is correlated with several important outcomes such as personal income, employment levels, health, and overall economic growth.

Commenting on the significance of the study, British A. Robinson, president and CEO of the Barbara Bush Foundation, said, “America’s low literacy crisis is largely ignored, historically underfunded and woefully under-researched, despite being one of the great solvable problems of our time. We’re proud to enrich the collective knowledge base with this first-of-its-kind study, documenting literacy’s key role in equity and economic mobility in families, communities and our nation as a whole.”

The new research by Gallup attempts to estimate the gains in GDP that could result from improving adult literacy rates for the nation as a whole as well as in the individual states and major metropolitan areas. Here’s the basic methodology of the study, entitled “Assessing the Economic Gains of Eradicating Illiteracy Nationally and Regionally in the United States,” under the direction of lead author Dr. Jonathan Rothwell, Gallup’s principal economist.

Rothwell relied on an international assessment of adult skills called the Program for the International Assessment of Adult Competencies (PIAAC) that classifies literacy into several levels. The Department of Education used those results to create and publish estimated literacy levels for every U.S. county.

Adults who scored below Level 3 for literacy on the PIAAC were defined as at least partially illiterate. Adults below or at Level 1 may struggle to understand texts beyond filling out basic forms, and they find it difficult to make inferences from written material. Adults at Level 2 can read well enough to evaluate product reviews and perform other tasks requiring comparisons and simple inferences, but they’re unlikely to correctly evaluate the reliability of texts or draw sophisticated inferences. Adults at Level 3 and above were considered fully literate. They’re able to evaluate sources, as well as infer sophisticated meaning and complex ideas from written sources.

To estimate national income gains, the study compared the incomes of people with different levels of literacy. Since literacy varies by age, race, gender, and other demographic characteristics, the study adjusted for these factors in order to better determine how income rises with literacy for individuals who are otherwise alike. That allowed it to estimate the average income gains that could be expected for an individual moving from below-proficiency in literacy to minimal proficiency.

A similar approach was used at the county and state levels, using newly created literacy estimates from the U.S. Department of Education and estimated income differences based on data from the Census Bureau.

“This study translates into dollars and cents what the literacy field has known for decades: low literacy prevents millions of Americans from fully participating in our society and our economy as parents, workers and citizens,” said Robinson. “It lies at the core of multigenerational cycles of poverty, poor health, and low educational attainment, contributing to the enormous equity gap that exists in our country.”

She continued, “This research clearly shows that investing in adult literacy is absolutely critical to the strength of our nation, now and for generations to come. It proves that what Barbara Bush said more than 30 years ago is still true today: ‘Literacy is everyone’s business. Period.’”

Income is strongly related to literacy.

The average annual income of adults who are at the minimum proficiency level for literacy (Level 3) is nearly $63,000, significantly higher than the average of roughly $48,000 earned by adults who are just below proficiency (Level 2) and much higher than those at the lowest levels of literacy (Levels 0 and 1), who earn just over $34,000 on average.

Because individuals with varying levels of literacy different in several other ways, such as age, gender, urbanicity, race, ethnicity, and parental education, the authors controlled for those differences and found that while the large income differences between people with different literacy skills shrank, they were still quite large:

If all U.S. adults were able to move up to at least Level 3 of literacy proficiency, it would generate an additional $2.2 trillion in annual income for the country, equal to 10% of the gross domestic product.

Areas with the lowest levels of literacy would see the largest gains.

States that have a disproportionate share of adults with low levels of literacy would gain the most economically from increasing literacy skills. For example, in Alabama, an estimated 61% of adults fall below Level 3 literacy on the PIACC. If they could be moved to Level 3, the gains would be 15.6% of Alabama’s GDP.

By contrast, gains from eradicating illiteracy would be relatively small – 5% of local GNP – in Washington, D.C., where 47% of the population is nonproficient. In North Dakota, where there’re relatively high-paying opportunities for less educated workers, the individual gains from literacy are smaller. North Dakota also has low rates of nonproficiency (45%). These two factors in combination explain why North Dakota would see income gains of only 3.9% of its GDP.

Big economic gains would be achieved in large metropolitan areas.

The study also found that the nation’s largest metropolitan areas – including New York City, Los Angeles, Chicago and Dallas – would all gain at or just above 10% of their GDP by bringing all adults to a sixth grade reading level

“The U.S. confronts a long-standing challenge of high-income inequality, with strikingly large gaps in wealth and income between people of different races,” said lead author, Jonathan Rothwell. “On top of these long-term challenges, the Covid-19 pandemic has weakened the economy and overlapped with a robust movement addressing racial injustice. Eradicating literacy would not solve every problem, but it would help make substantial progress in reducing inequality in the long-term and give a much-needed boost to local and regional economies throughout the country.”

“Eradicating literacy would be enormously valuable under any circumstances,” Rothwell continued. “Given the current economic and health challenges, there is even more at stake in ensuring that everyone can fully participate in society.”

Comment: The main takeaway of this article is literacy’s impact on income. This article takes a research study and translates it to see a potential income increase for the country based on increasing literacy in the US. This study points out how literacy of an individual impacts their employment and their earnings. It shows that higher levels of literacy are associated with higher incomes. This  points out how big of an impact literacy does have on individuals and an economy. The call or suggestion seems to be for more funding to go towards literacy in the US. This article can be a basis of proving how much literacy can impact individuals and society, particularly economically.