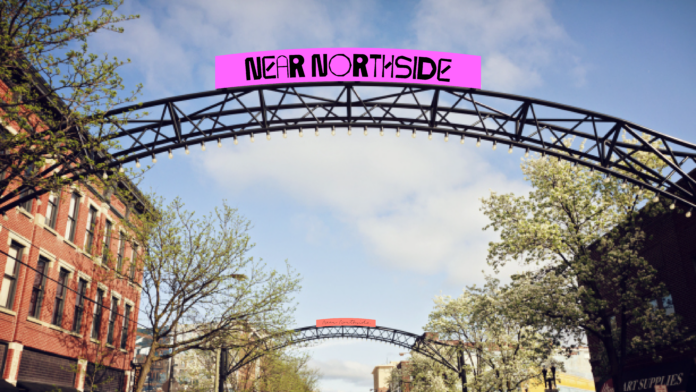 The research I did for the arts section revolved around the following themes: de-gentrification, signage, festivals, and history. Therefore; I considered those themes in this conjecture. Rename & Reclaim is based off a part of the Short North’s website’s “history” section, which reads:

“Before it was a vibrant sector of art and culture, the Short North Arts District was a rough area comprised mostly of deserted, derelict buildings with boarded up windows. There were few actual businesses, and the newly built Convention Center highlighted just how neglected High Street had become. The stretch of High Street that has helped put Columbus on the map was at that time known to residents as the “Near Northside.” It was local police who dubbed the area the “Short North,” as it was north of downtown Columbus and short of The Ohio State University campus.”

This conjecture focuses in on the notion of how local police renamed the “Near Northside”, and how the businesses that participated in gentrification of the “Short North” benefited from police involvement in the area. Much like the Gallery Hop, Rename and Reclaim would be a monthly “event” where local artists can create new temporary signs for the Short North’s old name and names of people or businesses that used to be there. For example: Short North signs could be re-branded “Near Northside” for the weekend, or a business could be re-named with the name of a family that used to live nearby.

Rename and Reclaim would achieve the following goals: