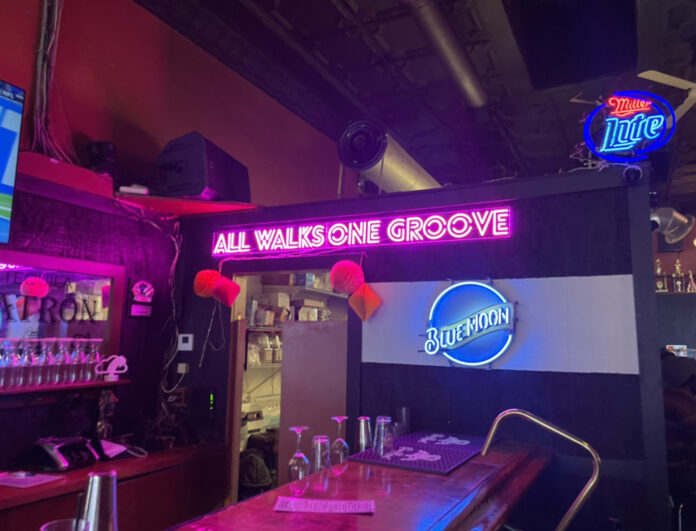 Learning about finances can easily become convoluted. It seems like it is made confusing on purpose, but that isn’t the case. The fact of the matter is that financial knowledge is tailored towards the white, cisgender man. They are who created the system and did not form an inclusive structure for everyone (therefore ‘gatekeeping’ that knowledge). Now, when someone is financially illiterate, they are challenged to learn the way a white man does. Why push financial education on groups of people that are not white, cisgender men? We shouldn’t, especially after acknowledging everything wrong with the system that was built by those men in the first place.

This Op Ed explores what a world would look like if it were to be designed with ‘homonormativity’ rather than the existing structure of ‘heteronormativity’. With the idea of ‘homonormativity’ in mind, I hope to identify fundamental nuances in education, motivation, and self-preservation.

This means that instead of assuming heterosexuality as the ‘default’ or ‘normal’ way to design, efforts in this project will be tailored to the queer experience and how queer people retain the world and their perspective on finance.

The focus group of this specific design project is lesbian women in their early 20s. While the research conducted covered a wide variety of ages and sexualities, ultimately, I decided to tailor my design efforts towards one group so that I could have a realistic project scope so that I could really dig into the problems of a certain group.

In my research I developed a long list of reasons that queer people are financially illiterate:

Secondary Research: science and tech, business, and the arts

In my research, I really dove into queer safe spaces and their importance. Mostly because queer people value queer community so much, yet at the same time lesbian bars in America are down to 21. Queer safe spaces were originally started in the 50s as an illegal way for gays and lesbians to safely explore their sexuality while at a bar. Queer safe spaces gave a foothold for gay rights; it gave people a place to gather and discuss their sexuality. Safe spaces continued to grow and provide safety for anyone seeking them. These places were often violently raided by the police and citizens so when queer people began to fight back, they relied on these spaces to build strength in community. I would like to support local queer communities through this project in an attempt to empower queer people with knowledge.

We have always needed queer safe spaces because it has always been unsafe to be queer. While gay bars for men today are anything but sparse, there are only 21 remaining lesbian bars in America. Whereas gay bars are very tailored towards men, lesbian bars tend to be claimed all sexualities. They are dying out because of dating apps, gay clubs being more available, and the normalization of queerness (people feel like they can safely go to a lot more places now).

These lesbian safe spaces are so historically important and need preserved. One of the bars, Slammers, is here in Columbus, OH. Those who are queer and have gone to Slammers understand how reaffirming and open you can feel by the people you meet there. Although it is safer to be queer today, this community needs to look towards the future to breath new and empowering resources into these dying bars.

When it comes to financial technology it is important to do it in a way where it won’t put a target on the users back by connecting their sexuality with their bank or with others. It is especially important if it is tracking your spending, but users might not want to connect their bank account to random apps.

In my primary research, I conducted a survey in an attempt to better understand how queer people handle their finances. 58 queer people took the survey and 24 allies. The survey gave insights that allowed me to know what I wanted to ask people in their interviews. One insight was that the younger the person, the more likely they are to engage with finance apps, but everyone generally didn’t like these apps and felt that they were easy to forget. Another insight that had come from the research is that queer participants did plan on moving to a larger city showing that moving to more progressive areas is planned for rather than being just circumstantial, so queer finances should consider city living as a long-term option and not just ‘planning to buy a suburban home and start a family’.

Queer people have less of a plan than straight people when it comes to finances, yet they do want to have one. This can mean that what stops them from learning about finances must be external problems that are inherent to living a queer experience. I wonder why the confidence is the same even though queer people are less prepared? Queer participants were way less likely to feel comfortable asking their family for financial help than the straight participants.

After gaining more insight into my problem space, I began 1 on 1 interviews and have 12 total interviews of people who identify as lesbians, or they feel parallel to that group of people (for example, one participant was genderfluid and their gender is both female and male depending on what they feel they represent at a given time). These interviews are what gave me my key insights. I will list them in the sake of readability:

Moving forward, I will have to continue my research into app design if I go the digital route. Every app has the goal of ‘bringing back’ the app user, so I am interested in exploring different methods of nudging the user to actually enjoy opening the app instead of feeling like it is extra work.

Some Interview Answers of a Slammers Manager

“I think the biggest resource that we provide is definitely that sense of community. We have been near almost thirty years, so we’re a long-standing safe place. It’s not like we popped up out of nowhere, we’ve been here.”

“We have established kind of our little niche in the community. And you know, back in the nineties when this place first opened, because we opened in nineteen ninety-three, it was more like a whole in the wall thing because it wasn’t as accepted to be out and to be gay. People really had to dig and search for places where they could come and feel comfortable, but now in 2022, it’s so much better. It’s still not where I personally would like it to be and where most people would want it to be, but it is very freeing for people to come here and to just feel like you are in a safe place like we accept literally everyone you don’t necessarily have to be part of the queer community. Like, we’re going, to love on you regardless. All walks, one groove is and has always been our motto and to fully embrace that every single day is my favorite part of working here.”

“I’ve built a family here, not just as my coworkers. Our general manager is my big sister. I mean, she recruited me to come and work here because she saw something in me. I feel like I fought her for probably like six months. I was like no no no, and then the first shift that I worked here I looked at her and I was like ‘Do I have a job? I never want to leave like I’m going to be here all the time forever.'”

“I have poured my blood sweat and tears into this bar, because I love it and I love everything that I do here. I loved every single person that I serve. I become genuine friends with so many people. Creating that bond and creating a family is really the best thing that I could ever imagine. Of course, everybody has a family biological family, but I really tell people all the time that I built my family because you have to. Nine times out of ten you have that like small majority that their families are accepting, but most of the time you don’t have that, you don’t you just don’t have that. You really have to create a brand-new life for yourself outside of everything that you knew. I’ve had financial difficulties, I’ve had car issues and my coworkers pull together, and they’re like we’re going to give you the money you can pay us back whenever, and to have that when I have never had that from anybody in my real family. So, to come into a family that’s so just like, ‘we will help you, we’ll do whatever we can for you’, is like mind blowing to me, but in the best way. We really take care of each other like we really do. “

Analysis of these Answers

Talking with this manager at slammers led us to some great discussion topics. One is that her chosen queer family help each other out financially which is something she never got from her family. This is interesting to me because a big reason why queer people aren’t financially literate is because they aren’t close with their biological family. I would like to involve some sort of community feature where users can help each other to strengthen community. 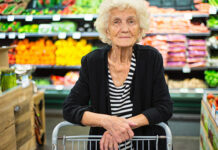 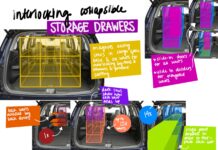 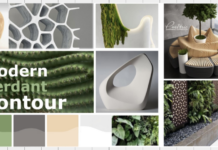