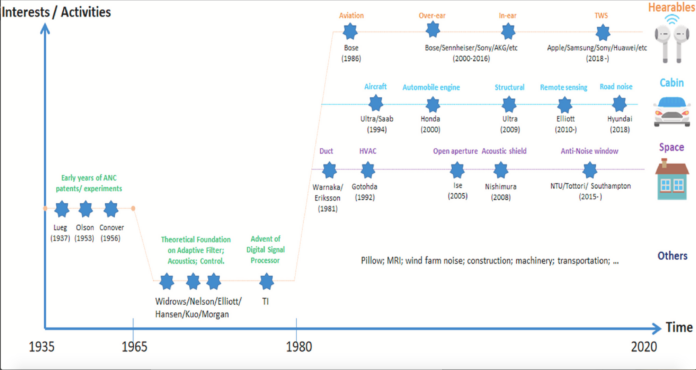 Urban noise pollution is an omnipresent but often neglected threat to public health that must be addressed urgently. Passive noise control measures, which are less effective at reducing low-frequency noise and are often bulky and may impede airflow. To combat noise pollution, mitigation measures can be applied at the noise source, along the noise propagation path, or at the receivers’ end. These measures are stated in the order of their effectiveness, since noise control at the source is the most effective, and it is generally less efficient to control noise at the receiver. For environmental noise (e.g. transportation noise, construction noise, aircraft noise), control at source is usually a difficult problem.Traditional approaches gravitate towards passive methods, whereby physical structures are employed to disrupt the sound waves before it enters the building interior, e.g. noise barriers, façade shielding. These passive methods have the advantage of simplicity and do not require power, but generally restrict the airflow and are not effective in the low-frequency range. Active noise control (ANC) methods generally require a sensor to detect the impinging noise, a controller to calculate the out of phase ‘anti-noise’ wave, and an actuator to produce the anti-noise, which minimizes the noise at a feedback sensor. ANC in open space is the toughest problem among all these three tracks. The main objective of this ANC track is to arrive at a global noise control in a large area, whilst minimising “spillover” to other areas.

In order to properly implement sound management techniques, an understanding of how to identify and measure noise pollution is important. I think it’s helpful to be aware of the proper terminology used to describe sound because it will contribute to a clearer explanation of the problem identification, as well as the final solution that will be implemented. 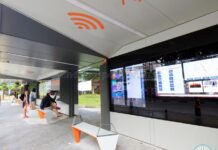