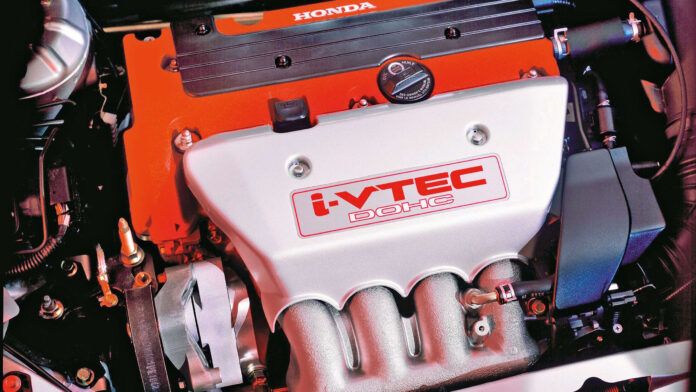 Honda is well-known for its commercials that show off not only its cars, but also its range of products from lawnmowers to aircraft. The brand has also had plenty of pioneering features and tech fitted to cars over the years that have been true world-firsts and innovations which have stuck to this day.

The revolutionary FCX Clarity probably best demonstrates Honda’s ability to think outside the box. Various companies had spent years trialing hydrogen fuel-cell tech, converting hydrogen to electricity, which powered the car’s electric motor, but Honda was first to put a full production model on the market – and it really raised the green car game in 2008.

For many enthusiasts, the variable valve timing and lift electronic control (VTEC) system is a key part of Honda’s identity. It came about in the mid-eighties as a solution to the big challenge of cracking the 100bhp-per-litre barrier. Engineer Ikuo Kajitani was tasked with the system’s development, and in 1989, the Mk2 Integra debuted the technology in a 158bhp 1.6-litre engine.

Four-wheel steering is now all the rage with the likes of Porsche, but Honda was first to put an all-wheel-steer car into production. The sleek 1987 Prelude 4WS had a brilliant mechanical steering system connecting front and rear wheels. At low speeds with lots of lock, the rear wheels turned in the opposite direction to the fronts, boosting agility. Apply less lock at higher speeds, and the rears followed the fronts for better stability and grip.

Forward-thinking Insight broke the mold as the first mainstream production hybrid to come here. It was built in the same low-volume factory as the NSX and S2000, which makes it special. The super-slippery, ultra-light body was radical, but more important was the drivetrain. The aluminum and magnesium 1.0 engine combined with a 13bhp electric motor to produce 80bhp – enough for 112mph and claimed 83.1mpg fuel economy. It was also the car that kick-started the ‘hypermiling’ efficiency trend, where one owner cracked 250mpg.

This article is takes a special look at Honda and their years of technological breakthroughs, along with the current research they are investing in. It displays Honda as a very forward-thinking brand, full of ideas, at the forefront of innovation with the evidence to prove it. The article also shares a bit of technologies history within Honda, speaking about their leaps ahead and their advancements compared to other brands. From cars, to planes to rocket ships, Honda has had their hand in it all, and so far they are proving to be ready for any challenge they face. As a consider my own design ideas, challenges, and obstacles while designing a new passenger experience I think its cool to know the company I’m designing “for” has never shied away from attempting the hard things. In fact their founder enthusiastically invites challenge.