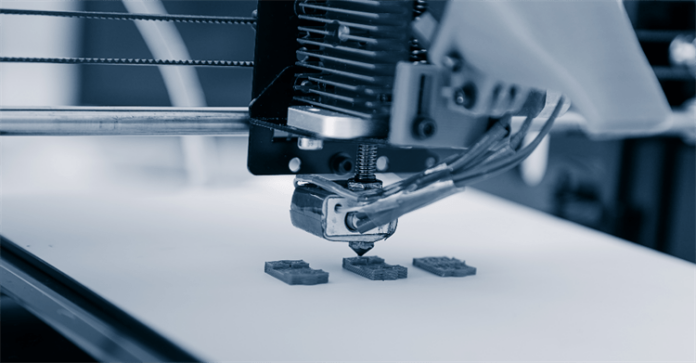 The 2-ton 3D-printed boat was made using a large-format polymer 3D printer by researchers at the University of Maine. Created by the UMaine Advanced Structures and Composites Center, the boat has been named 3Dirigo, and at 2.2 tons and 7.62 meters long, it is the largest 3D printed boat to date, although it is unknown how long the record will stand given the rapid development of the industry. It took only 72 hours (3 days) for the boat to be printed, which is not a long timescale for a 3D-printed structure of this size.

The manufacturing of 3Dirigo is a large step towards fulfilling the initiatives of the US Government program. This boat was made using both polymer and cellulose raw materials, and the large 3D printer, created in conjunction with Ingersoll Machine Tools, has been designed to be primarily used with materials of a biological origin with one of the key materials being cellulose, which is obtained from wood. This means more large-scale bio-based 3D printed structures could be produced in the future.

Additive manufacturing capabilities continue to impress and develop. What started as a tool for producing very small objects has evolved into a respectable manufacturing tool for small complex parts that are otherwise hard to produce, and it has since become a method of producing large scale structures more easily and more efficiently than other methods. For example, 3D printed housing has been a major driver for large-scale additive manufacturing applications.

As it stands, more people are turning to large format polymer 3D printers to overcome the challenges associated with assembly and post-processing steps, with the additional benefit of a one-stage fabrication process. The inroads that 3D printing and large scale 3D printing have made so far have set the industry up very well, and given that advances are still being made and that people are finding new and more innovative ways to use 3D printers, the future of large scale additive manufacturing looks set to grow even further, with the likelihood that bigger and bolder structures are going to be made for many years, continually breaking records in the process.

Additive manufacturing is likely going to be present in three key areas going forward. These are: in the production of complex parts, in larger-scale structures, and the production of bespoke and one-off parts. The process is ideal for complex parts due to the ease of obtaining the desired size and geometries for objects. Using the technology for larger structures will save on time, cost, and resources as the designs and processes become better optimized, such as in the construction industry. The production of bespoke parts will allow for the replacement of parts that are otherwise no longer available.

One area that is unlikely to use additive manufacturing is the large-volume manufacturing of basic everyday objects. Despite 3D printing speeds being much faster than they were a few years ago and continuing to improve, traditional manufacturing methods can still produce such products in much larger volumes and at a much cheaper cost. In terms of materials, 3D metal printing is improving, but it is not at the scale of polymer additive manufacturing, nor is it capable yet of producing such large structures.

Moving forward, it is likely that polymers are going to continue being used within additive manufacturing, especially in large scale additive manufacturing. But with large-scale printers now being able to accommodate the printing of cellulose and potentially other biological materials, many more larger bio-based (or hybrid) structures may start being created.

Comment: This article primarily takes a materials standpoint on large scale additive manufacturing. It discusses how being able to print in polymers that incorporate other materials such as cellulose can leave room for more bio materials to be used in AM manufacturing in the future. The article also helpfully describes three main areas AM technology will be used in. ” Additive manufacturing is likely going to be present in three key areas going forward. These are: in the production of complex parts, in larger-scale structures, and the production of bespoke and one-off parts.” These three qualifiers allow me as a designer to be able to fine tune some of my further research to identify a potential industry as a candidate to work in. However, I question the portion that identifies large scale structures as an application area. While it is true, I imagine it would be a relatively small area of the potential applications unless these large scale structures are also one off in nature, otherwise, it would make more sense to continue to use traditional manufacturing methods to produce these large scale objects.