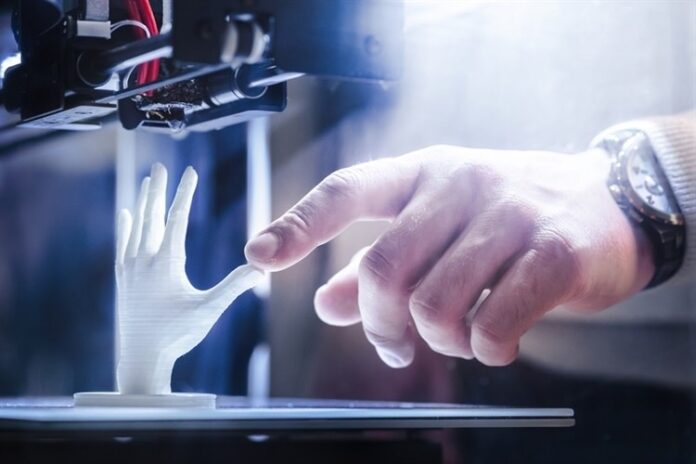 We need to revolutionize the processes used in the renewable energy industry. As fossil fuels become a rapidly depleting resource, and emissions from global industries increase alongside the human population who are consuming energy at a faster and faster rate, we are turning to renewables to offer a way to meet this increasing energy demand while keeping our planet safe from the harmful impact of using fossil fuels. However, some of the processes used in creating materials for the renewable energy industry aren’t entirely green themselves.

3D printing is being looked to as a way to not only clean up the renewable energy supply chain but to also reduce costs and boost the development process, helping to encourage the renewable sector to thrive so that it can take over from fossil fuels.

The minerals currently used to make solar panels are highly toxic when mined, and they pose a threat to the health of the soil and water in the surrounding area to excavations. The panels are also very expensive to make, which has lead scientists to look for alternative methods of producing the panels. 3D printing could, in theory, be used to develop a new kind of solar panel that uses different kinds of materials to create panels that function in the same way.

Current solar panels are created by fusing polysilicon with boron to make a semiconductor. Wafers of silicon are added on top, and electrical contact is etched into the surface. 3D printing works differently to create the solar panel. It prints semiconducting ink into each super thin layer of the panel’s surface, creating cells that are just 200 microns thick.

These 3D-printed panels need more research and development to make them able to be adopted on a larger scale. However, they have been proven to be 20% more efficient than traditional ones, and in addition to this, they cost less than half the price to build them. This reduction in cost has implications for the widespread adoption of renewable energy, as it opens the door to the use of renewables in developing countries where governments have less money available to invest in these new technologies.

3D printing has also been used to successfully create wind turbines, which are also expensive to make in the conventional way, and require the use of toxic minerals. However, 3D printing of wind turbines has not yet been introduced on a commercial scale. But when it does, this process will have the impact of removing the need for using toxic materials and reduce the counterintuitive harm caused to the environment through mining these rare minerals.

While 3D printing within the renewable energy sector has yet to be adopted at a large scale, the developments have been encouraging. Further research could see it being used to reduce costs, with MIT researchers confirming that solar panels can be made at half the price of traditional ones. We’ve yet to see what this cost reduction may look like for the wind turbine sector, but it can be estimated to be similar.

3D printing in this sector will help to encourage the global shift from fossil fuels to renewables by making them more affordable. With the cost of production reduced, poorer countries will be able to implement the technology. In addition, 3D printing presents the opportunity to create lighter materials, which further brings down prices by reducing transportation costs.

Finally, 3D printing has proven that it can be used to increase the efficiency of renewable energy, by creating solar panels that are more efficient. With further development, we could see similar impact for other kinds of renewables. This means that more energy can be harnessed from these natural resources, further helping to boost the widespread adoption of renewables through making them an even more dependable energy source.

Comment: This article focuses on the applications of 3D printing in the renewable energy sector. This is an industry I am potentially interested in working in while also incorporating the nuclear power industry. Based on this article there are strong implications for the technology in the industry such as solar panels that cost half as much money to produce while being even more effective than previously built solar panels. This article was also written in 2019, so the technology has likely improved since then. My only concern is that these panels are being printed on smaller more finetuned printers. Regardless, this industry warrants more research on my end. I have already learned through primary research that nuclear plants pay incredible amounts of money pending on the parts they need for their reactors. I imagine wind turbines and other renewable sources suffer a same fate and AM technology may be able to assist.