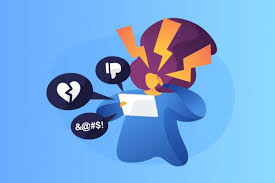 This is a guest post by Pamela M. Anderson, Ph.D., Senior Research Associate at ETR

“When young people are cyberbullied, why don’t they reach out to trusted adults for help?” This is a question a lot of youth health providers are asking.

Think about it: here we are, a nationwide community of caring, concerned parents/guardians, and professionals. We’re teachers, health providers, counselors, outreach workers, researchers, and more. We want to support young people and empower them to live healthy, positive and productive lives.

We see disturbing news accounts about adolescents literally bullied to death. We hear young people we work with minimize cyberbullying and harassment among their own peer network—“It’s not THAT big of a deal.”

In my own research on electronic dating violence (EDV), I’ve found that affected youth tend not to report the harassment or abuse. They often don’t see it as a serious problem, they don’t want their time with the abusive partner restricted, and they certainly don’t want parents or other adults taking away their digital devices.

If you’re not a member of the digitally native adolescent and young adult cohort, it’s difficult to fully comprehend the importance that technology and connection hold for them. Mobile devices are more deeply integrated into the social fabric of young people’s lives than ever before. For example, in their 2015 overview of Teens, Social Media & Technology, the Pew Research Center reported that 1 in 4 teens goes online “almost constantly,” 92% are online daily, and nearly 3 in 4 have access to a smartphone. I’d venture to say that those figures are even higher today.

The internet is the space where young people are building friendships and romances, testing out different identities, asserting their autonomy, and seeking out the kinds of experiences that build maturity and allow them to feel more adult. In the 2017 YTH report TECHsex: Youth Sexuality and Health Online, which surveyed a national sample of 13-24 year olds, a third of respondents reported using online dating sites and a similar proportion reported flirting on social media.

Cyberbullying and harassment are a part of these experiences as well. About 42% of the YTH respondents reported experiencing cyberbullying and harassment online. Fifty-seven percent reported cyberbullying while playing online games. Almost 6 in 10 have witnessed someone else being harassed or bullied online. YTH’s 2016 report Blocking Cyberbullying provides even more detailed figures, including the fact that about a third of youth who’ve experienced cyberbullying (35%) knew their bully in real life. These acts of intimidation and violence are not only the acts of “trolls” or strangers, as stereotypes often suggest,  but of people that they know intimately, offline. Taken together, these are astounding statistics.

Thus, when young people have the sense that bullying and harassment are simply a part of online interactions, they’re not wrong. If they want to be online (and they do), they understand they are likely to witness or experience harassment.

So Why Don’t They Ask Us for Help?

Young people don’t seek help for cyberbullying for many of the same reasons they don’t reach out for support after real-world bullying. They feel embarrassed or ashamed to be a target. They don’t want to be seen as a snitch and lose even more social status. They fear retaliation. They feel like it’s their responsibility to deal with it. They don’t recognize it as bullying or as something serious. In short, like adults, they don’t see it as that big of a deal.

But another very important reason is that they do not want to lose access to their technology—this lifeline to their social world. It is common for parents to “digitally ground” children and teens for misbehavior. The Pew Research Center reports that 65% of parents have taken away a teen’s phone or internet privileges as punishment. Young people realize that if they discuss problems with bullying and harassment, parents may close down their social media accounts, take away their phones or otherwise restrict their access to the online social world.