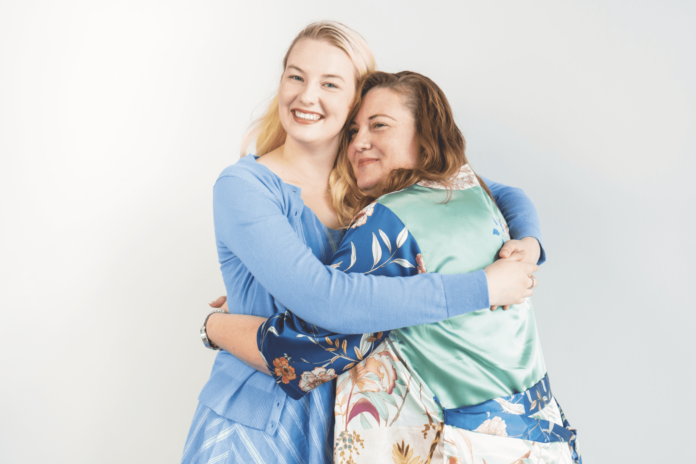 This is a love story.

It’s not the usual one. Or one that many of its participants ever imagined they would be involved in. It’s about unconditional motherly love. And boy, is it fierce.

These are mothers who have been told — often by faith leaders and religious communities — to abandon children on the LGBTQ2 spectrum. Their kids are gay or lesbian or bisexual or pansexual or trans or two-spirit or intersex or queer or, in some other way, not cisgender or heterosexual. But the mothers adamantly refuse to shun them.

Instead, they are mustering by the thousands, secretly, invis­ibly, from all over Canada and the United States, linked on private online sites. They are repudiating those who tell them to cut ties with their kids and are joyfully standing in for parents who have done the unthinkable and shunned their own flesh and blood.

Hundreds join this underground virtual network each week. Refugees from conservative religions flock to sites with names like Mama Bears, Mama Dragons, Free Mom Hugs, Serendipitydodah for Moms and FreedHearts. This is not so much a trend as a movement, raw with momentum.

“When your child comes out, especially if you are in a religion or an organization that is against LGBTQ2 people in the community, it’s very isolating. It’s very lonely,” says Dana Burgess, 55, who attended a Mormon church near Calgary until her daughter came out. “In this day and age, the first thing you do is go online and look for others with the same experience. It is amazing how people you never meet … become such an integral part of your life.”

For all its ferocity, this is not an easy love story. The fact that it exists at all is a product of hatred. Faith leaders and family have told some of these mothers that their children are abominations who will burn in hell. Others hear that their children should be put to death along with anybody who supports them. Susan Cottrell, 60, of Austin, Tex., has been called “Satan’s daughter” for, among other things, founding the non-profit FreedHearts in 2013 along with her husband, Robert.

Despite backlash, the movement is finding its public voice. Since starting their organization, Cottrell and her husband have become prominent among parents of faith who are firmly standing beside their LGBTQ2 kids. The TEDx talk Cottrell gave in January about her decision to choose her kids over her church has more than 750,000 views on YouTube. “It’s an idea whose time has come,” she says. “The rejection has gone under the radar for so long. People aren’t going to have it any more.”

Cottrell and many of these moms are reclaiming the Bible as a guidebook of love and acceptance, rather than a screed of hatred and rejection. They are either challenging their faith institutions to wake up or are ditching them as irrelevant. As they do so, they are charting a new path for their own faith, and, maybe, the future church. And, of course, this love is turning them into remorseless campaigners for human rights. “We look all soft and cuddly and lovely,” says Calgary’s Burgess. “But just try and do anything or say anything that negatively affects our cubs and we fight back.”

This story makes me feel the power of the community. It also makes me think that most parents from conservative family, even the most tough ones, won’t hate their own kids. They may just feel strong challenges to their faith. If they can find a community like this, it would be a much easier process for them to change their mind and affirm their kids.