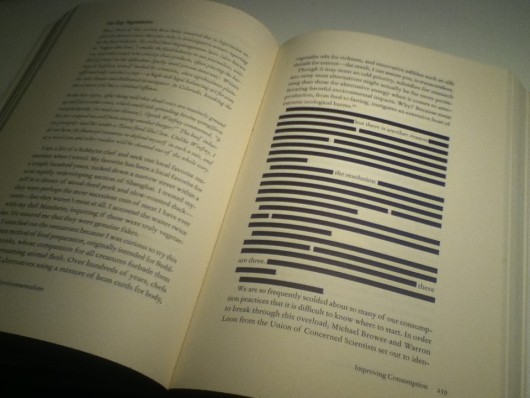 Sex is a contentious topic in this country, and has been for many years. Unlike Western European nations, where openness on sexual matters is more accepted, efforts to teach about sexuality in the United States have been opposed on religious, moral, cultural and other grounds. However, the First Amendment applies to material with sexual content as long as it is not “obscene” or “harmful to minors.”

Information about sex and material with sexual content are often challenged on the ground that they are not “age appropriate.” The true concern in such cases is usually not whether children are old enough to understand the information, but whether keeping such information from them is necessary to “preserve their innocence” or keep from “putting ideas in their heads.” These arguments are advanced in challenges to novels with sexual content, like Judy Blume’s novels, Are You There God? It’s Me, Margaret and Forever. Margaret is commonly challenged for its discussion of puberty and menstruation, and Forever for its story about a high school senior’s first sexual experience. Teen magazines like Seventeen, Savvy, and Teen People, have been removed from school libraries because of objections to their “health and body” columns, including a description of a visit to the gynecologist.

Sexuality education is also controversial in some communities. On the one side, most major medical organizations, sex educators, and many parents advocate comprehensive sex education encompassing a wide range of information, including abstinence, safer sex methods, contraception, sexual orientation, sexually transmitted diseases, pregnancy, abortion, relationship skills, and so forth.

While public support for comprehensive fact-based sexuality education is widespread, there are some who believe that sex education has no place in public school and that parents should control what their children learn about sex, and when. If it is taught, they urge schools to instruct students to simply abstain from all sexual activity outside of marriage.

Both approaches may elicit parental complaints based on free speech and religious freedom. Some parents argue that comprehensive sexuality education impedes their ability to inculcate their children in their religious beliefs. On the opposite side, parents who want their children to get uncensored information about sex complain that the abstinence-only curriculum denies their children access to vitally important health information and imposes a religious perspective on all.

Abstinence-Only-Education: In 1996, Congress adopted legislation to promote sex education that teaches “abstinence-only until marriage.” The law specifies that programs must teach “that a mutually faithful monogamous relationship in the context of marriage is the expected standard of human sexual activity,” and “that sexual activity outside of the context of marriage is likely to have harmful psychological and physical effects.”

Students in such programs receive only information consistent with this viewpoint. Instead of a comprehensive review of the facts about contraception, safer sex practices, and sexuality, they often receive false and exaggerated information about contraceptive failure and are told that contraceptives undermine romance and spontaneity. They typically learn about homosexuality only in the context of HIV/AIDS. Abortion is presented as morally wrong and physically and emotionally dangerous. In some programs, fetuses are referred to as “babies.” While individuals may promote abstinence-only education for non-religious reasons, support for teaching abstinence, like support for teaching creationism, is historically tied to religious convictions and represents a particular religious viewpoint about sexuality. It thus poses the question whether religion has improperly influenced the health and sexuality curriculum.

Lack of Sex Education Policies: Perhaps out of a desire to avoid controversy, some schools simply fail to adopt policies about sex education, and many fail to provide anything more than the minimum – usually state-mandated information about AIDS/HIV. A nationwide survey of school district practices published in 1999 found that 31 percent of school districts do not have a district-wide policy to teach sex education, leaving such decisions to individual schools or teachers. Only 14 percent of students in grades six or higher live in districts with a district-wide policy to teach sex education.* This leaves many young people with little or no information on this important subject.

Sexual Orientation: The Equal Access Act, discussed previously, entitles students in many schools to form clubs or groups to discuss issues of interest, including sexuality and sexual orientation. A federal court of appeals struck down an Alabama law banning funding for gay and lesbian students at public universities. The court ruled that the law reflected “naked viewpoint discrimination” and that it was an unconstitutional attempt to limit discussions about sexuality to only one viewpoint. Laws preventing discrimination on the basis of sexual orientation are beyond the scope of this manual, but offer wide-ranging protection to students if they are discriminated against on the basis of sexual orientation.

Condom Distribution: Can parents prevent a school from distributing condoms? Can they be supplied through a school clinic, handed out in a sex ed class, or sold in a vending machine in a high school washroom? This is another area in which parents have tried to assert their rights, and the case law to date has sent conflicting messages regarding the limits of parent intervention on this matter.

Parents who have tried to prevent their children from obtaining contraceptives at school argue that such programs violate parents’ rights to control the upbringing of their children and their right to free exercise of religion. One appeals court rejected these claims in Doe v. Irwin, 615 F.2d 1162 (6th Cir. 1980), finding that Michigan had a legitimate state interest in establishing birth control clinics to protect young women from the risk of unwanted pregnancy and sexually transmitted diseases. Use of the clinics was voluntary, and parents remained free to exercise their traditional care, custody and control over their children. An intermediate appellate court in New York held that public schools must offer parents the opportunity to opt their children out of a condom distribution program. Alfonso v. Fernandez, 195 A.D.2d 46 (2nd Dept. 1993). The Supreme Court of Massachusetts, in contrast, upheld a mandatory sexuality education program and found that it did not have a coercive effect or infringe parental rights. Curtis v. School Committee of Falmouth, 420 Mass. 749 (S. Ct. Mass. 1995).

Comment:This article talks about the two sides of opinions on sex ed. On one side, are parents who believe that sex eductaion has no place in public school and that parents should control what their children learn about sex and when. If it i taught they urge schools to teach the kids to simply abstain from sex outside of marrige. The other side believes in the factual side of sex education that talks about safe sex methods like contraception, sexual orientation, STIs, prganancy, abortion, and even relationship skills. Between the two there is a lot of controversy and an argument between whether sex ed impededs on religoin or free speech. 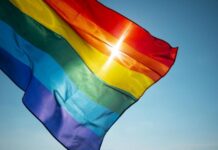 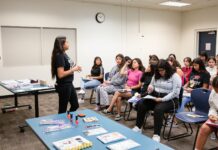