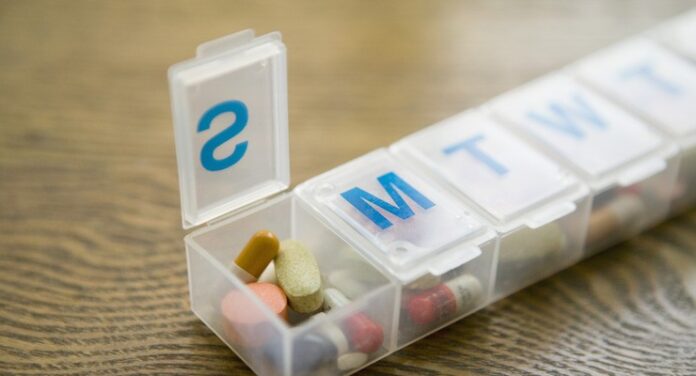 Research during the past several decades indicates that, depending upon their conditions and the complexity of the regimens required, as many as 40% of patients fail to adhere to treatment recommendations (DiMatteo and DiNicola 1982; DiMatteo 1994, 2004a, 2004c; Lin et al 1995; Rizzo and Simons 1997; Dunbar-Jacob et al 2000; Laederach-Hofmann and Bunzel 2000; Haddad et al 2004; Haynes et al 2004). When preventive or treatment regimens are very complex and/or require lifestyle changes and the modification of existing habits, nonadherence can be as high as 70% (Dishman 1982, 1994; Brownell and Cohen 1995; Katz et al 1998; Chesney 2000; Li et al 2000). Although patients with HIV/AIDS may be highly motivated to adhere, their medication regimens are particularly complex, often involving multiple drug “cocktails” (Catz et al 2000; Heckman et al 2004).

Studies exploring simple versus complex dosing schedules have found that adherence falls off appreciably when regimens become more complicated and affect patients’ lifestyles (Chesney 2003). For example, the number of medications to be taken per day can have a significant influence, with adherence rates dropping to as low as 20% among patients who must take thirteen or more pills each day (Graveley and Oseasohn 1991). In one study of patients with hypertension, adherence to a thrice-daily medication regimen was only 59% compared with about 84% for a once-daily regimen (Eisen et al 1990). In another study of patients with severe persistent asthma, only 32% adhered to a regimen that included multiple components such as inhaled and systemic corticosteroids and long-acting bronchodilators (Barr et al 2002).

Adherence to recommendations involving lifestyle changes such as exercise frequently poses significant difficulties for patients. For example, those with chronic illnesses in the Medical Outcomes Study had average adherence rates to exercise regimens of only 19% (Kravitz et al 1993). In another study involving a physical therapy exercise regimen, only 35% of patients adhered fully; 76% followed their prescribed regimen partly but not wholly (Sluijs et al 1993). Such programs, of course, tend to be more successful in supervised rather than home-based programs (McKelvie et al 2002).

The health consequences of nonadherence can be quite severe. Nonadherence compromises patient outcomes in many different ways but is most obvious when patients fail to take medications that likely would cure or at least effectively manage their illnesses (Miller 1997; Chesney et al 2000; Weir et al 2000). For HIV patients who are not at least 90%–95% adherent, viral replication and consequent disease progression may result (Catz et al 2000; Hinkin et al 2002). For patients suffering from or those at risk of coronary heart disease, nonadherence to medication treatments can jeopardize survival (McDermott 1997). Among diabetic patients, adherence to medication for controlling hypertension is essential to preventing mortality from diabetes and myocardial infarction (Elliott et al 2000). Further, aside from direct biomedical benefits, studies show that health may depend partly upon the act of adhering to a regimen. Some research suggests that adherence, even to a placebo, is itself beneficial to health outcomes (McDermott 1997; Irvine et al 1999).

The clinical picture in a patient’s treatment can also be confused by nonadherence with patients’ risk profiles increased as a result. When physicians erroneously assume that their patients have taken prescribed medication(s), they may make inappropriate medication and/or dosage changes, which can then result in further complications and suboptimal health outcomes. Thus, not only do nonadherent patients fail to benefit from effective medication, they also risk being harmed by less than ideal medication and dosage choices (Joshi and Milfred 1995; Salzman 1995; Bedell et al 2000). Relatedly, the risk of new illness may increase in the context of nonadherence, such as when antibiotic-resistant bacterial infections develop because patients have not taken their full, prescribed doses of antibiotics (Harrison 1995; Lutfey et al 1996; Graham 1998; Rao 1998; Raviglione et al 2001). Thus, it is clear that nonadherence often results in a combination of wasted medical care dollars (Johnson and Bootman 1995; Rizzo and Simons 1997; DiMatteo 2004b), wasted time and energy for patients and healthcare providers alike (DiMatteo et al 1994), and frustration and dissatisfaction for all interactants.

Comment:
I selected this article as the information provided gives insight to the complications’ of individuals who struggle to take their medication or who are not informed enough to know how much to take. The overall purpose was to identify how a lifestyle change can have an impact on people who are newly prescribed medication or even physical activity. As a result, communication between the medication and patient as well as patient and health care physician can lead to further inaccurate health decision, and lack of health improvement.