This study is – to our knowledge – the first cohort comparison of the impact of digital engagement on socioemotional outcomes. Using unique cohort data from Ireland on 9-year old children born a decade apart (in 1998 and 2008), we found both change and persistence in children’s digital usage and its impact on well-being. While some hypotheses were generally confirmed (H-1, H-3a, H-3b), other hypotheses were rejected (H-2a, H-2b), and some yielded mixed findings (H-3c). We globally discuss our mixed results in this section.

Four main findings can be highlighted. First, we found increased and slightly more diversified digital use in the birth cohort of 1998 than in the birth cohort of 2008. In line with findings of TV screen-time being functionally displaced by digital screen-time (Gershuny 2003; De Waal and Schoenbach 2010; Vilhelmson et al. 2018), TV screen-time decreased between cohorts, while digital screen-time increased. This increase in digital screen-time is consistent with previous research, which has found moderate but consistent increases in digital screen-time between child cohorts since the 1990s (Vilhelmson et al. 2018; Goode et al. 2019; Fomby et al. 2019). Although there were modest increases to engagement in socializing and personal development activities, the far greatest change in child digital activity usage comes with media/leisure activities (e.g. watching Youtube videos, listening to music, streaming TV/movies), which went from 28% of users in the 1998 cohort to 88% of users among the 2008 cohort. Indeed, with the ever-increasing capabilities of digital devices and emergence of video and streaming platforms (e.g. Youtube, Spotify, Netflix, etc.) ‘digitod’ children have new access to digital media and leisure activities that were unavailable to children born a decade earlier.

Second, we found high levels of daily TV/digital screen-time (i.e. 3+ hours) to be associated with significant declines in child socioemotional well-being. The size of such effects was about twice as large for the 2008 cohort, compared to the 1998 cohort. Most digital activities (i.e., gaming, educational, socializing) had small and insignificant effects on children’s socioemotional well-being. Yet, we found engagement in digital media activities to lead to increasing child socioemotional problems, with similar effects for the 1998 and 2008 cohort. Our results generally support recent research showing significant negative effects of digital screen-time on child well-being (e.g., Twenge et al. 2018). These findings link to literature implying that examining both the quantity and quality of digital engagement is crucial for the child well-being literature (Livingstone et al. 2018), while indicating increasing negative effects of high screen-based time on child socioemotional well-being in contemporary Ireland.

Third, we found the effects of digital use on socioemotional well-being to be quite similar by gender and SES in both cohorts. This finding is relevant, especially considering that additional analyses showed gender and SES differences in child digital engagement, in line with previous scholarship (Brooks et al. 2016; Gracia et al. 2019; O’Neill and Dinh 2015; Ortega et al. 2010). These findings with regard to SES are particularly important due to the marked differences in the economic circumstances of the two cohorts. Girls were more active in socializing digital activities, while boys engaged more in personal development digital activities, with boys being overrepresented among mobile phone owners. Low-SES children, despite having lower rates of mobile phone ownership than high-SES children, spent more time on screen-based activities. Also, some of these gaps in digital activities were clearly stronger for the younger 2008 cohort, compared to the older 1998 cohort. And yet, despite significant cohort changes in digital use, parental characteristics (e.g. employment, education, age), and economic circumstances, we found similar effects of digital engagement on child socioemotional well-being by gender and SES and across cohorts. This might indicate that gender and SES inequalities in socioemotional well-being are not driven by distinct forms of digital engagement. Future research should further examine the role of gender and SES in influencing child digital engagement and well-being.

Fourth, in additional analyses we further identified at which levels of socioemotional well-being children are most affected by digital engagement. Digital screen-time and media engagement had the strongest detrimental effects on well-being among children who were already at high levels of risk (i.e. high socioemotional problems), but more modest effects among those at the lowest risk levels. Further, we found that child media engagement is associated with conduct and hyperactivity, but not with emotional, peer, and anti-social subscales. These findings support the claims of Valkenburg and Piotrowski (2017) in suggesting that the effects of child digital engagement on well-being differ across risks levels and depending on the well-being indicator that we examine. Further analyses (not shown) did not give conclusive evidence of cohort variations on how children’s digital engagement impacts their socioemotional risks and specific psychological measures. We hope these analyses will inspire future studies looking at the (changing) effects of digital engagement on child well-being measures, beyond looking at average digital effects.

Our study has some shortcomings that we need to stress. First, our data, while spanning two cohorts, is cross-sectional in nature. Unfortunately, at this stage, there is only comparable data for 9-years old through the GUI, given that age 9 is the most recent currently available wave from the 2008 cohort. We hope that in the years to come our study will guide new cohort comparisons benefiting from high-quality longitudinal data. Second, our data had a relatively small number (N = 190) of participants who were ‘high users’ (3+ hours daily) of digital technology. This led to large confidence intervals in some analyses and meant that caution needs to be taken in drawing conclusions from this category. Still, our results use a large representative sample of Irish children, indicating that the observed effect sizes are generally reliable and accurate. Third, the TV and digital time use data and SDQ scores from the GUI are parent-reported, rather than child-reported, which adds challenges to the reliability of some the data (Noonan et al. 2018). While the GUI corrected for this in various ways (i.e., adjusting the time and difficulty of the child questionnaires), we need to stress this limitation, calling for future comparisons. Fourth, while we used reliable and comparable digital time-use measures, scholars have recommended the use 24-hour time-diary measures as reliable indicators to assess children’s activities and their related well-being outcomes (Ben-Arieh and Ofir 2002; Gracia 2020). Unfortunately, such time-diary data were not available in our data when we conducted our study. Future research will hopefully further address these caveats by using related high-quality data.

To conclude, our study – despite having some limitations – is the first examination of how child digital usage impacts socioemotional well-being and how these impacts have changed across recent cohorts. We find both change and persistence in how 9-years old children engage in digital technologies and how this digital involvement affects their socioemotional well-being. A decade of difference between two cohorts in Ireland (the 1998 cohort and the 2008 cohort) has led to significant changes in the nature of digital engagement. While the negative effects of the quantity of child screen-based time on socioemotional well-being have become more pervasive in the younger generation of children, the relative effect of the quality of this digital engagement (forms of digital and screen engagement) on child well-being has remained quite stable over the last decade in Ireland. We hope that our study will inspire new observational and experimental research on the changing nature of child digital engagement and its impacts on well-being

Comment: This article tracks the differences between children who were 9 years old in 2007 and 2018. Looking at how digital health has changed in 11 years can help us predict where it will continue to develop. 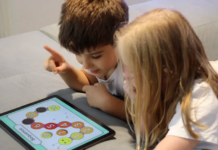 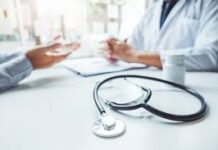 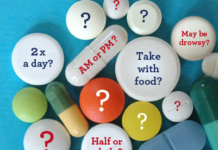