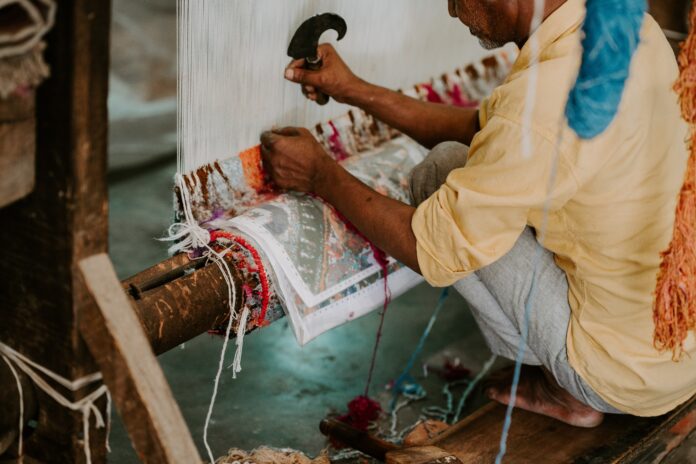 The importance of the traditional handicraft

The traditional handicraft sector plays an essential role in society. It is not only an important cultural heritage for a country, but it also contributes to the economy and employment, especially in rural areas. Meanwhile, under the context of globalization, traditional handicraft provides an example of localization product, which is more sustainable than the centralized, standardized, and mass-produced product.

In both developed and developing countries, the crafts sector is given a high level of importance when considering the economic contribution. To demonstrate that, here are some data from a report by UNESCO:

– In Italy, 24% of national enterprises belong to the crafts sector, which offers 1/5 of employment in the private sector. The profit from crafts export takes about 20% of the GDP of Italy.

– In Colombia, the total crafts productions represent a yearly income of approximately US$ 400 million. Crafts making also brings the worker a monthly payment of US$140 to 510. At the same time, crafts sales represent a significant percentage of the tourism income of Colombia.

– In Thailand, the crafts sector provides the employment of 30 million people.

– In Morocco, the profit from handicraft production takes 19% of FDP. The exports of handicrafts from Morocco are estimated at the US $ 63 million.

Meanwhile, because of the handicrafts’ interesting socio-economic characteristics, it’s an excellent way to solve the poverty problem and offer job opportunities for women in the rural area. First, the handicrafts sector is a home-based industry, which requires minimum expenditure and infrastructure to establish. At the same time, traditional handicrafts can be complimentary when the income from agriculture is insufficient. Also, due to some restrictions, women in rural areas may not be able to work out. In this situation, working on handicrafts can be a solution for them.

Last but not least, handicrafts provide an example of localization design, which includes the wisdom of our ancestors. Starting from the Industrial Revolution, one design goal is to achieve a universal design solution. This international solution results in products that are bland, uniform structured, isolated from the particulars of place – from local culture, nature, energy, and material flows. Compared to mass-produced production, traditional handicrafts use locally available raw materials, which reduces the carbon emitted during transportation.

The challenge faced by the traditional handicraft

Although the importance of conventional handicrafts has been addressed for a long time, the handicraft industry’s challenge is severe.

Due to complicated factors, worldwide traditional crafting skills and techniques disappear at an astonishing speed in recent decades. Kanazawa is a Japanese city that is well-known for designated conventional craft industries. According to the report from Kakiuchi and Greffe, despite national and local efforts, the recent twenty years have viewed the continuous decline in the traditional craft industry scale. The number of employees in the craft sector dropped from 200,000 in 1990 to less than 100,000 in 2010. A similar trend can be viewed in the sales of traditional craft. The number of sales shrank about 50% since 1990. In Britain, a Red List issued by the Heritage Crafts Association notes the number of critically endangered crafts there biannually. The number has more than doubled since 2007.

Complicated factors contribute to the setback suffered by the traditional heritage.

The primary factor is the industrialization and mass production. Compared to the traditional handicrafts, mass-produced items are cheaper, and the sellers have higher production capacity. Simultaneously, the mechanized manufacturing process is more efficient, which shortens the production cycle dramatically. Therefore, consumers are more willing to choose the mass-produced product. Besides, the pattern of consumption also changed people’s way of life—the transition into the modern life-style results in a decreased desire for traditional handicraft products. For instance, plastic sandals are replacing leather ones and displacing leather shoemakers. There are various other examples where mass-produced items replace the handicrafts.

Meanwhile, young generations are less willing to continue this profession. Learning traditional skills and crafts is complicated and time-consuming. It could take 2 – 3 years to be familiar with one craft. Working in the factories is much less demanding and often comes with a high salary. Therefore, most of the young people are unwilling to inherit the traditional skills. At the same time, urbanization contributes to massive immigration to the city while traditional crafts making studios are often located in rural areas. With more facilities and resources, the city is a more attractive place for young people to settle down than the countryside. Hence a decreasing number of young people choose to stay in their hometown and learn a traditional craft.

Moreover, a family-based organization form also decreases the anti-risk ability of the industry. Without enough financial support, the capital chain could break due to any small accident. Also, a family-based studio often does not have employees or apprentices like factories. One reason is to reduce the cost. Another reason is that some traditional crafts contain “trade secrets,” and various artisans are unwilling to pass such secrete to strangers. Limiting the heir in the family members leads traditional heritage to vulnerable. Once the family members are not willing to learn the skill, the knowledge may vanish.

Finally, the lack of diversity among the decision-makers is a significant factor contributing to the loss of the handicraft. When putting their product into a specific area, the team leaders won’t consider that area’s particularity if there’s no member in the team who comes from that region and understands the culture. They simply use brute force, like price war or mass promotion, to “conquer” that area. Few handicraft businesses can survive confronted the challenge from the large company.

The challenge from COVID-19

While the traditional heritage is facing the modern world’s challenge, the outbreak of COVID-19 brings another crisis to the industry. According to a report by the crafts council in Britain, orders in the UK’s crafts sector are down 67%. The largest group of makers (31%) anticipate losses of between £5,000 to £10,000 (note average earnings are around £10,000pa)with a further 25% predicting losses of over £10,000.

Because of the reasons I mentioned above, traditional handicrafts fade out from the market of daily necessities. Most of them rely on some upstream industries. One of the significant upstream industries is the tourism industry. Unfortunately, tourism is heavily impacted by the pandemic. According to the United Nations World Tourism Organization, the global international tourist might decrease by 58% to 78% in 2020, leading to the potential loss of US$0.9 – 1.2 trillion in international tourism receipts. Without enough tourists, the order number could drop dramatically. For example, in Japan, because of the traditional performance, including NOH, Kyogen, Kabuki are canceled or postpones, the craftsmen who make the performers’ costumes have no more work, and they are in the economic difficulties.

The good news is that consumers hold quite a positive attitude toward the handicrafts. They also show some desire to buy handicrafts product.

In the survey I conducted recently, most of the participants are young and middle-aged. Around 48% of them are at the age group of 18 – 30, and another half of them come from the age group of 31 – 45. The survey shows the problem that people are lack of knowledge of the traditional handicrafts. 45 out of 54 participants rate their learning at 2 to 3 points (5 points as the full score). But at the same time, they also show a desire to understand more of the traditional heritage. 68% percent (37 out of 54) of the participants demonstrate that they are willing to learn about traditional crafts.

At the same time, I found out that good storytelling may positively influence the customer’s attitude. In the survey, 75.9% of the participants demonstrate that they are interested in the crafts’ history. 72.2% of them are interested in the meaning of the pattern. 63.9% of the participants are interested in the making process. Also, under the comment area of a Chinese documentary Looking for Craft, the most frequent comments are, “Where can I buy them?” and “I want to learn about it.” In the interview with Su Bai, a shop owner of traditional handmade clothing, she also indicates that storytelling is essential in their promotion. “We will design a background story for each cloth. Then we will invite photographers to take videos and made them into a short film.” She also introduced that to attract more clients. They will sometimes hold workshops and introduce knowledge about traditional clothing to their potential customer.

The emerging of new media also provides opportunities for the traditional craft industry. 70% of the survey participants said that they want to learn about traditional handicrafts on social media. Moreover, according to a report from Zhicong Lu, live streaming platforms, including TikTok, Kuaishou, and bilibili, positively influence the promotion of intangible cultural heritage. Since 2017, some people in China have begun to use live streaming to showcase and promote intangible cultural heritage. A live stream can also bring financial benefits to practitioners. A smartphone is the only facility needed for the live stream, which is accessible to people even in rural areas. The streamers can earn profits depends on the number of viewers in the virtual room, and some viewers will also send gifts to the streamers they appreciated.

Crafts Council. (2020). Covid 19: how to address the impact on craft businesses. Retrieved September 22, 2020, from https://www.craftscouncil.org.uk/about/research-and-policy/research-reports 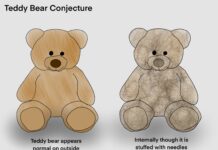 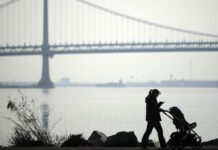 Smartphones are disrupting the crucial connections between parents and their babies 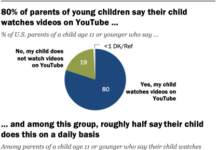 Parenting Children in the Age of Screens