According the United States Department of Agriculture (USDA), food insecurity “is defined as a household-level economic and social condition of limited or uncertain access to adequate food”.1 Recent data indicate that approximately 12.3% or 15.6 million households in the United States (U.S.) were food insecure at least some time during the last year.1 The adverse social, physical, and psychological outcomes associated with food insecurity are well documented, particularly in households with children including higher rates of diabetes and hypertension, self-reported fair or poor health, maternal depression, behavioral problems/developmental delays in early life, and poor academic achievement.2–8 These outcomes are not only detrimental to the health and well-being of individual children and families but also negatively impact broader society. Based on a combination of lower worker productivity, higher costs of public education, greater health care costs, and the cost associated with emergency food distribution, the economic burden associated with food insecurity has been estimated to be over $167.5 billion annually.9

The relationship between race/ethnicity and food insecurity is complex and is clearly intertwined with other established determinants of food insecurity including poverty, unemployment, incarceration, and disability. Concentration of social and economic disadvantage among people of color over the life course is clearly a significant driver of higher rates of food insecurity. Substantial gaps in the wealth of people of color and whites have long existed in the U.S. For example, recent data reported by the Pew Research Center indicate that the wealth of white households was 13 times the median wealth of black and 10 times greater than Hispanic households.13 Nevertheless, despite the intersectionality of race/ethnicity and other social/economic determinants, some evidence suggests that the higher risk of food insecurity among people of color continue even when these other social and economic factors are removed.14–18Go to:

More Work Needed on the Role of Discrimination and Structural Racism

Given that racial/ethnic disparities in food insecurity have continued for more than a decade, the need to move beyond just adjusting for race/ethnicity in research to examining exposures that may impact people of color differently from whites is warranted. There is growing recognition in the health sciences, particularly public health, that discrimination and structural racism are key contributors to inequity in health behaviors and outcomes.19–23

The basic definition of racial discrimination is the unequal treatment of persons or groups on the basis of their race or ethnicity.24 As highlighted in the National Academies Press Consensus report on Measuring Racial Discrimination, racial discrimination includes two components: (1) “differential treatment on the basis of race that disadvantages a racial group” (disparate treatment) and (2) “treatment on the basis of inadequately justified factors other than race that disadvantages a racial group” (disparate impact).25 Related to the first component, “disparate treatment”, studies have shown that racial discrimination limits people of color’s access to educational and employment opportunities resulting in social and economic consequences that could lead to food insecurity.26,27 The later component, “disparate impact”, also has implications for creating racial/ethnic disparities in food insecurity. For example, African Americans are incarcerated in state prisons at a rate that is five times that of whites.28 Consequently, policies that restrict employment for individuals who were previously incarcerated could disadvantage people of color, contributing to food insecurity. Burke et al., 2016 examined the association between severity of food insecurity and lifetime racial discrimination in a sample of African-American food-insecure households with children in South Carolina.29 A one-unit increase in the frequency of lifetime racial discrimination was associated with a 5% increase in the odds of being very low food secure, even after adjusting for socioeconomic and demographic confounders.

Structural racism refers to “the totality of ways, in which societies foster racial discrimination, via mutually reinforcing inequitable systems (e.g. housing, employment, earnings, benefits, credit, media, health care, criminal justice, etc.)”30 Beyond interpersonal discrimination, structural racism acknowledges the influence of historic and contemporary policies and practices that are deeply rooted within systems.21,22,30 While it is important that solutions to address disparities in food insecurity focus on combating interpersonal discrimination, the need to target structural racism is critical in the fight for achieving equity in food security and improve related outcomes in people of color.

Several promising solutions to address food insecurity have been proposed including to strengthen and make it easier for families to connect to the existing federal food and nutrition safety net (e.g. WIC, SNAP); expand and increase access to federal income support benefits such as Earned Income Tax Credit (EITC); increase opportunities for employment and ability for individuals to earn a living wage; train health care providers to screen for food insecurity and refer individuals and families to appropriate resources and more recently, the need to take a human rights approach.8,31–34 Still, to address persistent racial disparities in food insecurity, food security advocates and researchers need to also examine the potential impact of utilizing approaches that address structural racism and discrimination more broadly (see Gee and Ford, 2011 and Bailey et al., 2017).22,30 These efforts will likely pave the way for the emergence of policy and programmatic strategies that promote equity in food access and health by addressing the legacy of racial, ethnic, and class inequality. 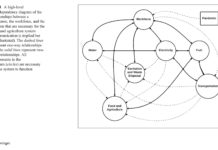 How resilient is the United States’ food system to pandemics

Hunger is a Racial Equity Issue