People of any color, ethnicity, or demographic background can experience food insecurity. Some groups, however, are more vulnerable than others. African American households face hunger at 2x the rate of white, non-Hispanic households. Why are minorities predominantly the populations that are affected by hunger? The higher rates of food insecurity & poverty and the racial wealth gap are a direct result of systemic racial and gender discrimination in virtually every aspect of American life. Although slavery was abolished more than 150 years ago, the legacy of oppression has lived on through policies that have trapped millions of Black Americans in poverty for generations.

Although the Civil Rights Act made racial discrimination in the workplace illegal, unfortunately, it still happens today at all educational levels & job sectors. The median household income is $68,145, but that number drops to $40,258 for African American households. The real median earnings for a full-time white, male worker is about $60,000. For black men, that number drops significantly to $42,000 and even lower for black women at $36,700. The unemployment rate for Black Americans has been double that of white Americans nearly every year since 1972, which was the first year the Bureau of Labor Statistics started collecting the data.

Since Emancipation, Black Americans have continuously been denied equal opportunity to land and homeownership, which is the principal means of building wealth in our country. After the Civil War, only 30,000 African Americans owned small plots of land, compared to the 4 million who did not. President Andrew Johnson rescinded the government’s promise of 40 acres to the former slaves, and forced most of them to become sharecroppers, essentially renting the land from their previous masters in exchange for a “share” of the crop. Sharecroppers were legally obligated to buy all farming materials and sell their crops solely to their former master. Sharecroppers who were unable to pay their debts could have their land seized and were legally prohibited from fighting the charges in court.

The National Housing Act of 1934 prevented Black Americans from receiving the federally backed loans guaranteed in the policy through a process known as “redlining.” Black neighborhoods were denied these loans by appraisers in the private sector because they were considered bad credit risks. As a result, homes in Black communities were often purchased by whites, who would then sell the houses to Black families “on contract” usually at 2-3x what they paid for it. Black families were only guaranteed the rights to the house after it was paid in full, and often one late payment would result in losing the home immediately. The white owners then repeated the process with another family. More recently, Black families were targeted for subprime loans, many of which were foreclosed upon following the Great Recession’s housing crisis. African Americans were 80% more likely to lose their homes during the Recession.

We know that education can predict how much a person earns. But due to our country’s legacy of housing segregation, black children are much more likely to attend poorly funded schools. Although Brown vs. Board of Education declared that “Separate but Unequal” was unconstitutional, schools are more likely to be racially segregated today than at any time in the past 4 decades. 40% of African American students attend high poverty schools – 6x the rate of whites. African Americans also have the highest level of student debt ($29,000 on average) of any racial group.

People who are food insecure are more likely to be obese or suffer from chronic conditions like diabetes or heart disease. Since Black Americans are shut out from the same job opportunities, they also have less access to quality, affordable healthcare. Since they must pay more out of pocket, Black families are often forced to choose between paying for medical care or food. 55% of African Americans have out of pocket medical costs on their credit cards. 34% of African Americans say they did not see a doctor when they were sick because of financial reasons. We are seeing these health disparities play out during the pandemic, as Black communities are being hit much harder by the coronavirus.

Mass Incarceration increases the risk of hunger, food insecurity, and nutritional deficiencies for individuals, families, and communities African Americans are between 5-10x more likely to be incarcerated as whites due to the over-policing of Black communities and inequities of our criminal justice system. Black Americans are stopped, ticketed, and arrested by the police at much higher rates than Whites. People of color also receive sentences that are 20% longer than whites who have been convicted for similar crimes. 65% of prisoners in the U.S. sentenced to life without parole for nonviolent offenses are black – 4x the rate for whites.

91% of people returning from prison report being food insecure upon release. People with criminal records often have trouble finding work & housing, as they are not eligible for federal safety net programs like SNAP, welfare, Medicaid & Medicare. Some of these are lifetimes bans. Even more alarming, 75% of returning citizens say that finding a job is “difficult” or “nearly impossible.” Many employment applications require people to answer a yes or no to the question of whether they have been convicted. In many cases, if the check yes, they are automatically disqualified. 80% say their families were denied housing. Even people who have been arrested, but not convicted face these consequences, because they often lose their job and/or homes while being held awaiting trial. A criminal record forces people into deep poverty, which increases the likelihood of recidivism.

So What Can We Do?

Without emergency food providers, those who are struggling with food insecurity would be in even more dire situations. As a food rescue organization, Move For Hunger is rescuing and donating meals for those in need every day. Visit our Take Action page to learn more about the ways you can get involved.

However, in order to stop injustice, we must advocate for policies that will address all the racial inequities that have plagued our country.

It should be obvious that food insecurity is a racial equity issue. A cycle of deprivation prevents minority families from achieving economic success, as is evidenced by the yawning wage and wealth gaps. It is important for this issue to be acknowledged so we can address the root causes of the problem. 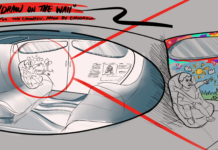 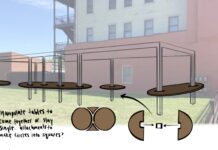 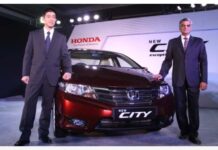