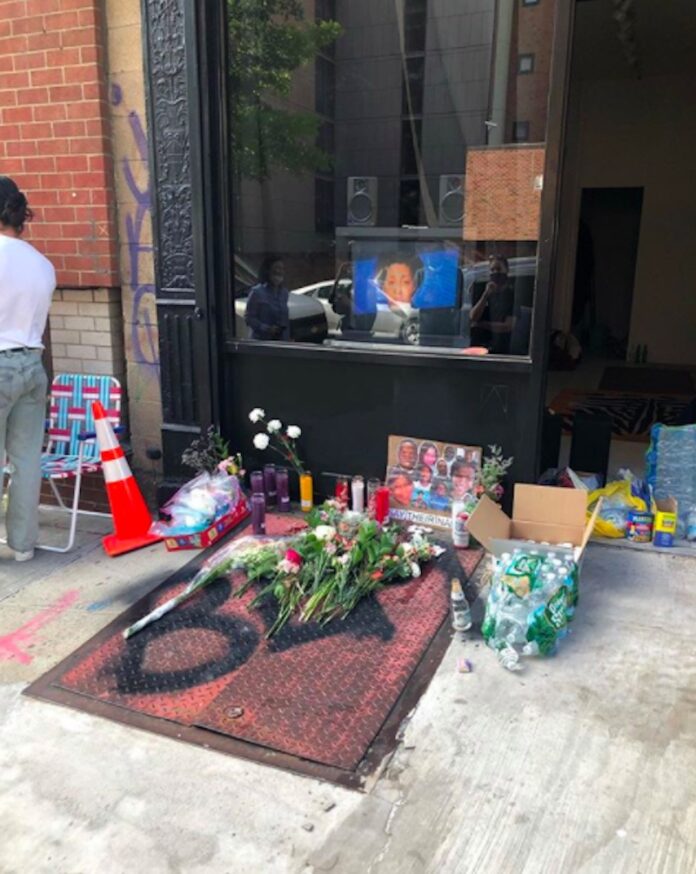 Since its inception in 2016, HOUSING has been something of a north star for Black artists and artists of color railing against gentrification in New York. HOUSING’s story places it in direct opposition to art world capitalism and its attendant features: it is a Black-owned, curatorially driven hybrid gallery championing BIPOC artists.

HOUSING has also participated in fairs from Miami to San Juan to Barcelona. Since the closure of its original Bed-Stuy space in 2017, it has functioned as a “migratory, concept-based gallery.” But the coronavirus pandemic, and its impact on disenfranchised citizens living and working on the frontlines, compelled Freeman to pause HOUSING’s regular programming.

“I thought it was important to begin a fund for people of color that was not tied to some regular entity, like, say, a nonprofit, which can be so political and draining and delay the timeframe of when someone gets money,” Freeman said. “It was important to advocate for those who might not have gotten their stimulus check, or who might not have been working in the last year; people who maybe didn’t do their taxes. Getting the stimulus check and getting government aid was based on all of these aspects that not everyone qualified for.”

Then, on May 25, the specter of police brutality reared its head and the country erupted into an unprecedented outcry. The nationwide uprising around George Floyd’s death prompted HOUSING to mobilize as a community node once more.

On Sunday, June 7, the gallery inaugurated a three-year lease on its newest location in Manhattan’s Lower East Side at 191 Henry Street with an evening titled “Vigil for Black Death.” With contributions from artists Keijaun Thomas, Baseera Khan, and Sofia Moreno (among others), the ceremony featured a reel of video works on display from behind the space’s storefront window.

But perhaps even more importantly, the temporary space was activated in another way amid the ongoing protests. It has served as a base to distribute bottled water and supplies, and a site to regroup for protesters on the ground.

With a solo exhibition of Nathaniel Oliver’s works set for this September, Freeman plans on sustaining HOUSING’s curatorial program and responsibilities to community simultaneously, all guided by the knowledge that the fight to dismantle and reimagine the art world (and the country) is neither new nor over.

“I want Black and Brown artists to feel loved,” Freeman said. “I want them to know that there are people who are fighting for them in an authentic and genuine way that’s not tied to how much money they can make off of them.”

In so many cases in my research, galleries were presented as tools for gentrification and displacement and HOUSING definitely addresses that. In general, their mission is a really great model for possible interventions in the Short North, and it was especially interesting to think about how artist spaces could double as a resource center when as HOUSING did during Black Lives Matter protests.