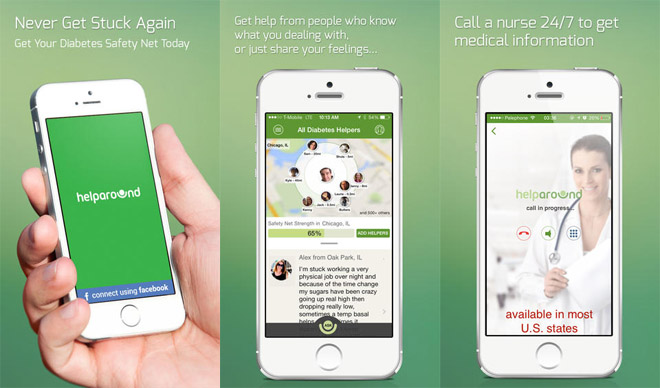 “Here at HIMSS it’s all about hospital-to-patient, doctor-to-patient, nurse-to-patient. Why is no one talking about patient-to-patient?” HelpAround Co-founder and CEO Yishai Knobel said during an interview at HIMSS 2014 in Orlando this week. “Especially when research has shown that peer support drives medical outcomes.”

Knobel’s startup Israel-based HelpAround is poised to be one of the first to bring the “sharing economy” to healthcare. With an initial focus on helping people with diabetes, HelpAround provides its Android and iPhone app users with a local support group of nearby helpers who could be of assistance if, say, a person with Type 1 diabetes shares in the app’s forum that they don’t have their supplies, are feeling a bit off, and need someone to help them out with a test strip, glucose tab, or even operating a Glucagon injection.

HelpAround also offers users its global community for support, advice, and even for sending supplies to each other through the mail. After less than two months of operation the company counts thousands of users — 30 percent of whom use the app every day. Most of the users are in the US. About 90 percent of the questions and requests posted get answered, Knobel said, and the average post generates about four responses.

He believes hospitals will increasingly be interested in offering their patients tools like HelpAround as the focus on patient satisfaction measures grows, especially when Medicare money is on the line. Knobel also believes goodwill generated by white-labeling HelpAround for the local community, could drive patients to their facilities over the competition’s.

“There is so much more focus on patients now, especially on patient satisfaction,” Knobel said. “HelpAround can help hospitals compete – just think, you’re giving patients an added value service before they even come in the door… chances they’ll go to your clinic are higher.”

HelpAround and its implementation of sharing economy within healthcare focuses on patient to patient care, an often overlooked subset of healthcare. This app provides support, reminders, and assistance to those using it by connecting them to people who are also dealing with the same medical issue.

It is interesting to consider this being used with hypertension patients, as a lot of the gaps in monitoring come from inattention and a lack of education. A platform like this would give hypertension patients a community where they could share resources and give each other reminders to check their blood pressure or stay on track with their healthy lifestyle habits. Also, the sense of community and knowing that you are not going through this alone would encourage people to talk about their concerns and gaps in knowledge in heart health.

Lastly, the option to connect to healthcare providers directly through the app is another feature that would benefit hypertension patients. 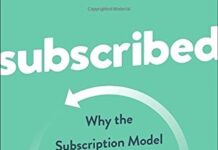 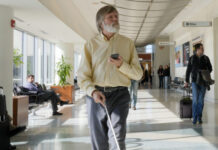