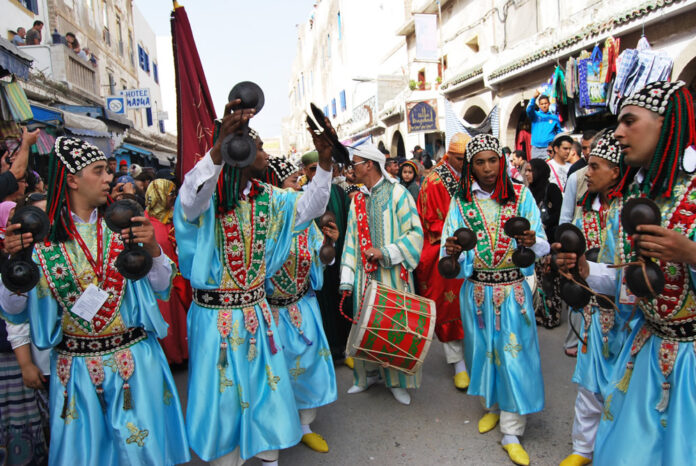 Morocco has been affected by the pandemic of Covid-19 since March 1st, 2020. Among other measures, a health emergency state has been decided. A confinement has been set up for one month since March 20 and now extended until May 20. This means that ICH activities have been cancelled or postponed.

The author is an UNESCO facilitator. He lists some of the experiences under pandemic.

1. The programme Sauvegarde et valorisation des savoirs et savoir-faire menacés de disparition et liés à l’artisanat has been suspended. Workshops on the inventory have been postponed. The facilitator for these workshops could not deliver this work for the moment.

2. In the author’s institute, online courses are provided since March 16. A learning platform has been dedicated to this.

3. Research: with a group of colleagues, the author have set up a virtual research project on the Covid-19 from the viewpoint of social and human sciences. Each researcher proposed a theme on which she/he begins her/his work. The author proposed to work on the response of Amazigh (Berber) “traditional” poets named Inechaden to the pandemic. Many of them downloaded poems on YouTube. The work consists of transcribing the poems, the study of its content and message as well as the format chosen (video or audio), the images used and the whole characteristics of the performance. The objective is to learn more about ICH in times of crisis and the way it is used to support and accompany people during it.

4. In Morocco, wool shearing occurs between April and May each year. Shearers are professional men who go from a nomadic camp to another to shear sheep. While doing their work, they sing well-known songs transmitted from one generation to the other or, sometimes, new improvised songs. The author received a video on WhatsApp from a village in the eastern High Atlas mountains with shearers doing their work while improvising songs on the Covid-19.

When I researched the impact of the COVID-19 on the living heritage in Africa and African people’s response to it, I surprisingly find that the songs and poems are wildly applied to commute information about COVID-19 and to support each other. Maybe these traditional media can strike chords with more people. The response from people in Africa reminds me that the Lantern Festival has similar traditions that people sing songs and dance together. This article also made me think that social media like TikTok, Facebook, and Instagram could help spread the songs and poems and make people feel the support from the community.