“How many of you own a power drill?” Rachel Botsman, the author of the book The Rise Of Collaborative Consumption, asked the audience at TedxSydney in 2010. Predictably, nearly everyone raised his or her hand. “That power drill will be used around 12 to 15 minutes in its entire lifetime,” Botsman continued with mock exasperation. “It’s kind of ridiculous, isn’t it? Because what you need is the hole, not the drill.”

After pausing for a moment as the audience chuckled, she provided the obvious solution.

“Why don’t you rent the drill? Or rent out your own drill to other people and make some money from it?”

Back then, this version of what Botsman called collaborative consumption, or what would become better known as “the sharing economy,” seemed like a warm and fuzzy inevitability. American consumerism had been tamped by one of the worst recessions in history, concerns about the environment were growing, and new online networks provided a connective thread that could help us get by on less by sharing things with our neighbors. “We now live in a global village where we can mimic the ties that used to happen face to face, but on a scale and in a way that has never been possible before,” Botsman explained, and these new systems allowed us “to engage in a humanness that got lost along the way.” We were now, she said, experiencing “a seismic shift from individual getting and spending towards a rediscovery of collective good.”

“Let me ask you this,” Williams says. “For a drill, which by the way now costs $30, and you can get it on Amazon Now and have this thing delivered to you in an hour if you live in New York City–for something worth $30, is it really worth your time to trek potentially 25 minutes to go get something that you spent $15 to use for the day, and then have to trek back?”

It’s not that these tools and sites aren’t good services or that they don’t make things easier. It’s rather that they have little to do with the original promise of the sharing economy. Really, it’s more of an “access economy,” a term Williams used from the beginning.

This article talked about multiple business models that are centered around a sharing economy. I found it beneficial to see what great ideas they had but also why these models either did or didn’t work. A big factor seems to be convenience from the users perspective. 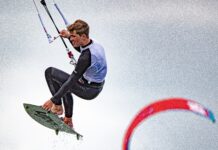 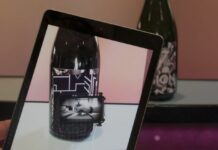