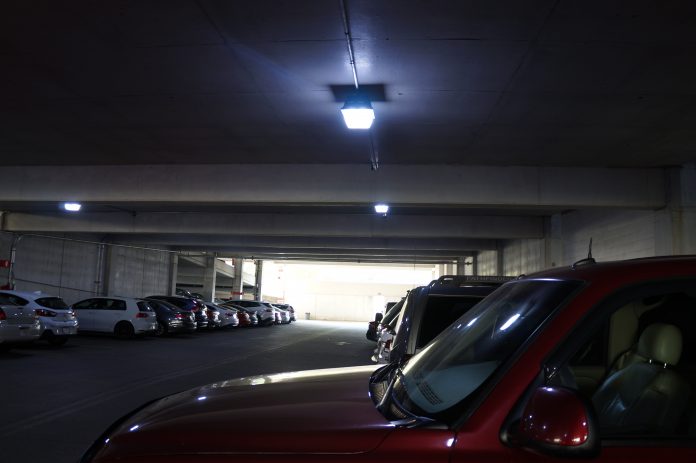 Today I sat down with Design Professor Rebekah Matheny, an expert in lighting design, who also has a background in both architecture and interior design. Rebekah provided me with lots of insights and resources regarding the current lighting industry as well as codes and knowledge of the interior space in parking garages.

The dialogue has been edited for clarity.

What your opinion or input of the current on-campus garage environment?

“I would use the word brutalist. A brutalist architecture is concrete, monolithic, heavy, opposing. I feel as though all of the garages on campus have that. I’ve experienced South Union, Arps have a brutalist aesthetic and overall feeling to them, which is a standard concrete parking garage. However contemporary parking garages from an architectural standpoint incorporate other elements that take away from that oppressive feeling such as the use of natural plant life. You talked about lighting and oftentimes out-of-date lighting will flicker, which gives a sense of eeriness. It’s a psychological effect; you know you’ve seen it in the films when lights flicker it gives a sense of eeriness or scared or that something ominous or bad is going to happen. And so, I think a lot of the lighting in the parking garages are outdated. They are using the fluorescent or halogen lights and they don’t have a sense of bright, safe, clean lighting.”

You briefly mentioned contemporary garages, where they’ve incorporated creative aspects like natural plant life, will you expand on it a little?

“Even just in Columbus there’s a parking garage that has the LED light installation along the side of it in downtown. There are examples of parking garages where they’ll do what we lovingly call them growees, but they’re vines that grow up the sides. And it just gives natural plant life which works for multiple elements: one, using natural plants provides a sense of greenery and connection to nature from a garage aesthetic standpoint; from an environmental standpoint it provides something that’s going to help with air purification and carbon dioxide, which is transferred from cars and vehicles directly to cleaner air, but also they act as a shading device from a lighting perspective to prevent overheating in vehicles. So, growees do multiple things.”

What might be the key things to consider when it comes to designing and constructing a facility like the parking garage?

“There’s a lot of codes particularly with incline and slope: the grade for a vehicle to go up. That’s regulated with the parking spaces, number of handicapped spaces and proximity to means of egress are regulated, patterns of egress are regulated. When I say patterns of egress, meaning distance traveled and mode of vertical circulation: so, number of stairs, distance from the furthest point to the stair as well as accessibility standards for handicap or other disables and elevators and things of that nature. So, there’s a lot of code, criteria that goes into it. From an architecture standpoint, you’re also dealing with a lot of dead load, so that much concrete structure plus the vehicular weight has a large dead load onto the site itself. Your footings are larger because you’re dealing with the weight of a car, not just weight of people and furniture, which is lighter.”

I watched your TED talk about how there could be ways to evoke people’s sensory memory within the interior space and I was wondering if you think that could be something applicable to parking garages, because their main purpose is for transportation.

“Right, a parking garage is typically a mode of transportation. It’s a moment of arrival and departure and there’s not really any occupation that occurs inside of it, but I think that parking garages in general could be rethought of completely. I think about flat Lots in certain places that are marred by a feeling where they have wandering ponds and bioswales integrated so that the water-runoff with the oil drippings get filtered before they go into the waste water stream, but they also evoke a sense of nature and natural paths and create moments of park-like atmosphere. And so, there are innovative parking experiences that could evoke a space that’s outside of what a standard oppressive parking garage is perceived as. So then, things of that nature are going to not feel like a parking garage, instead it’s gonna feel like a park that I just happened to park inside of. There are great examples of things like that

So now there are lots of these security stands on campus that has blue light on top of them and I read that blue lights are supposed to help people feel calmer. When installed in public spaces they could potentially help reduce crime. There was this article that talked about suicide prevention through blue light installation in one of the Japanese train stations. However, there were scholars who had collected data and suggested that people eventually grew used to the lighting.

“I could see where that could be a possibility. It’s just like anything you get acclimated to. I think what’s potentially more a deterrent, for example, you see red and you see red light and you think danger or stop. There’s psychological connotations or connections between colors and colors of light in certain things and that could impact it; we see red yellow and green in traffic lights, but we don’t see blue, because blue is calming, it feels more like water in nature or underlit pools, but maybe that’s the idea. If you go to an actual sense of nature where the blue light incorporated with some of these other strategies of well-being, then maybe it would be more effective, because it’s considering a more holistic approach rather than just a band-aid effect. Something that you might want to also look into: GE has a system called current and it has embedded technology in light fixtures. Anywhere you have light, you have electricity, anywhere you have electricity, you have the access to technology or Wi-Fi as capability; so, current is a system, and I believe San Diego has it installed citywide as a test, where they have heat sensors that detect bombs in all of the light fixtures in the entire city. So if you recall back in New York, where a bomb was put in the garbage bin, that would have been prevented had the system been used, because they would be able to immediately sense the heat from the bomb and be able to track where it’s going throughout the city, because it would be embedded in every single street light. You can also embed cameras for security purposes. So, I think there’s ways to use technology, almost in a slightly big brotherly way, but for a security purpose, especially at a university. If you knew that you were being watched, then the likelihood of you jumping off of something might be smaller, because you would know you’d get caught. Also, in every light fixture that could be put into a garage you could have security cameras. Okay, so there’s other embedded layers of newer technology that could be utilized to increase safety and security.”

So, currently the top level of the Union South garage has fences put-up to prevent students from commit suicide. What’s your point of view on that?

“I think with the idea of wellness on campus and the notion of stressors and mental health that cause suicide, such as depression and anxiety that lead to suicide needs to be addressed. That’s the bigger issue and that needs to be a campus-wide conversation to increase wellness on campus period, but there also needs to be something done preventatively. Back to the idea of a brutalist structure, you think what is the fence? Anything good? What does a fence represent? It represents a barrier, and aesthetically you will see fencing as a separator, and yes it probably prevents people from being able to climb up and jump off as easily, but again, what is the message? All of those things have a mental connection to us: you think of the border wall or the border fence, and it’s about this oppressive quality. Now, if that fence had plants growing on the side of it or if it was, instead of a fence, a series of rose bushes with thorns; you’re not gonna walk through a rose bush of thorns and not gonna climb it. There are other ways to achieve the same objective without creating something that’s oppressive.” 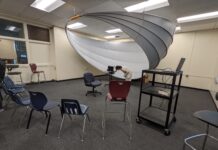 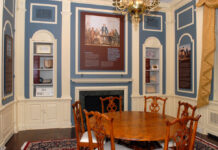 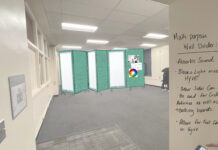