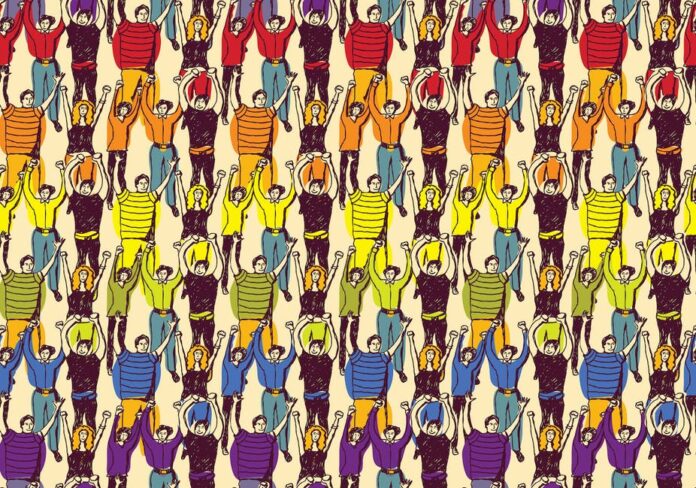 What does the phrase “LGBT community” mean to you? Chances are if you don’t identify as lesbian, gay, bisexual or trans yourself, you might think about what you’ve seen on TV – so Queer as Folk, Orange is the New Black, or The L Word , to name a few TV hits. It might also bring to mind images of brightly coloured rainbow flags or Pride parades.

But just stop for a minute and think about how often you’ve heard someone talk about “the heterosexual community”? Rarely I imagine – but the term “LGBT community”, or sometimes “gay community”, is frequently used by pretty much everyone.

This might not sound like a big deal – after all it’s just a phrase used to identify a large group of people, right? But herein lies the problem, because after carrying out my latest research, which involved over 600 LGBT participants from across the UK, I’m not sure that community is a very suitable word for such a diverse group of people.

Don’t let yourself be misled. Understand issues with help from experts

A sense of place

In my research, people often said they experienced the “community” part of the phrase as an actual physical space. This could be a particular geographical area such as Brighton or San Francisco, or could relate to places frequented by LGBT people – such as bars and clubs – often referred to as “the scene”.

People I spoke to also reported experiencing this community aspect as part of a virtual space – such as online, or even in an imagined sense – in that LGBT people were thought to share “something”.

People revealed how they often had fears or negative expectations of wider society. And that this is in part why they invest in the idea of an LGBT community – as somewhere where they could feel safe and understood.

But the term does not capture differences and complexities of experience. It can also wrongly suggest some form of shared experience, which for some people can be frustrating because it seems to ignore their experiences of inequality or discrimination within – or exclusion from – so-called “LGBT community”.

Then there is also the issue of the acronym “LGBT” itself, as it excludes a lot of people – such as those who identify as queer or intersex. And it was clear in my research that some people feel less welcomed within this acronym. Even those who do feature within these four letters – notably bisexual and trans people – can often feel marginalised by lesbian and gay people, and like that they don’t really belong to such a “community”.

People also spoke about their quest to find this “community” – with many trying and failing to discover such a thing. The idea of an LGBT community suggests that people who identify in this way should feel part of something. If they don’t it can compound negative experiences.

Many participants in my research also talked about experiencing discrimination from other LGBT people relating to their age, body, disability, ethnicity, faith, HIV status, or perceived social class. So although the phrase implies that LGBT people somehow automatically belong to a ready made community – this is simply not the case.

A group of people

It is clear then that community belonging is not a given just because people share a gender or sexual identity. And this is why the notion of “LGBT community” is problematic. As someone I interviewed argued:

The idea doesn’t exist, it’s a kind of big myth – a bit like saying there’s a brown-eyed community or a blonde community.

In this way, then, the use of the term “LGBT community” could alienate some people and even risks deterring LGBT (and other) people from engaging with services aimed specifically at them. As another participant said:

I find anyone who uses this language dubious and with doubtful intention.

This is not to say that we should abandon the phrase altogether, but often using “LGBT people” would be more accurate – and would not risk alienation felt by an already (at times) marginalised group of people.