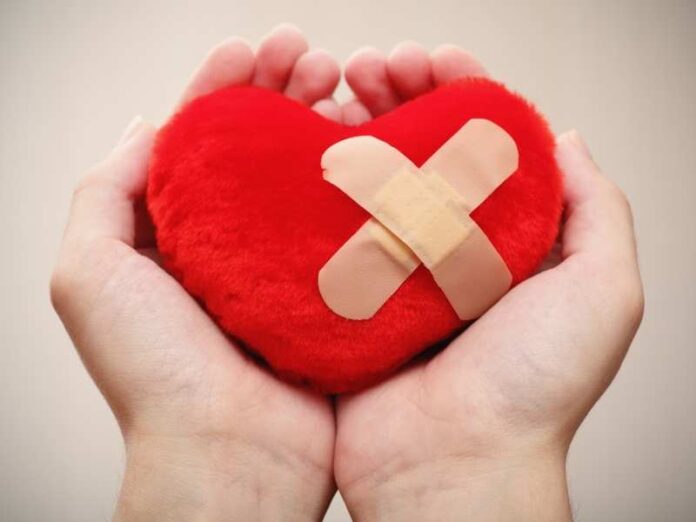 There are few feelings worse than being dumped. But being the one to end the relationship may be a close second.

The truth is, breakups aren’t easy for either person. But if you’re the one doing the dumping, there are a few things you can do to make the experience less painful for both you and your partner. Here’s the best way to break up with somebody, according to relationship experts.

Tell the truth — but don’t be cruel

If you’re ending a relationship, you owe it to the other person to explain why, says Rachel Sussman, a New York City psychotherapist and author of The Breakup Bible. “The people that I see who have the hardest time after a breakup, it’s because they don’t understand,” Sussman says. Ideally, your reason shouldn’t shock the other person, because you’ve discussed it in the past and tried to work through it, Sussman adds.

Guy Winch, a New York City psychologist and author of How to Fix a Broken Heart, agrees that you should give a reason, but stresses that a breakup isn’t license to unload all of your pent-up complaints and snide comments — even if the other person says they want to hear them. “Find the one thing, because that might be useful for them [to know],” he says. Listing every last annoyance isn’t productive and will only drag out what’s likely to be a painful conversation.

It’s also important to choose your words carefully, the experts agree. “Phrase something as, ‘This bothers me,’ or ‘This really was difficult for me,’” instead of blaming the other person, Winch says. What you feel is terrible isn’t always objectively terrible, he says — just bad for you.

Finally, resist the urge to soften the blow with platitudes. Saying, “‘We can be friends,’ or ‘Now’s not a good time for me,’ all sound like, well, maybe in the future” things could work out, Winch says. Don’t imply that’s the case if it’s not.

Both Winch and Sussman say in-person breakups are the most considerate and mature option for established couples, and should preferably happen in a private place. “If it’s in public, they might be distraught, and then they have to somehow get home, which is horrible,” Winch says. The best place to do it is in their home, not yours, he adds, so you can leave if the situation gets too drawn out, and so that they’re in a familiar place.

That said, there are a few exceptions to the face-to-face rule, Winch says. Most importantly, if you fear for your safety in any way, you should keep your distance. (If you need support or help, you can call the National Domestic Violence Hotline.) Aside from that, a phone-based breakup may be okay if you’re dating long-distance, or if you’ve only seen each other a few times. For very new dating situations that have only lasted a date or two, you can even get away with a text.

But even if you’ve only been on one date, Winch says it’s always better to be upfront, rather than ghosting. He even recommends writing out a boilerplate message — something along the lines of, “Thank you, it was fun, but I didn’t feel a romantic connection” — and keeping it on hand for those situations.

“If they contact you, have that cut-and-paste ready to go,” Winch suggests. “It’s easier than having to compose it. That’s what really puts people off or makes them delay.”

While it may feel uncomfortable to carry on the relationship while you make up your mind, Winch says it’s a necessary evil. “Everyone who wants to break up, every single person, does not voice that the minute they think it. They have to process it and be sure and be ready,” Winch says. “That’s how it works.”

Once you’ve resolutely decided to end things, however, you shouldn’t delay the conversation or prematurely act like you’re single, Sussman says. “The dumbest thing people do is get involved with other people before their relationship is over. They just want to have a plan B. It can also be to create distance, maybe even on some level of wanting to get caught,” she says. “If you’re involved with someone and the contract is exclusivity and monogamy, to cheat on that person is the most hurtful thing.”

Let them decide whether or not to contact you

It may seem kind to check in on your ex or to maintain a friendly rapport after a breakup, but resist the impulse. Both Sussman and Winch say the person who got dumped should be the one to decide when, or if, they want to reopen contact — and ideally, that should only happen after you’ve both moved on completely.

“The person who’s been broken up with has a right, a couple weeks later, to say, ‘Can we talk? Can we go over this again?’” Sussman says. But aside from that, couples should take time apart before trying to become friends, if they take that step at all, she says.

Let at least three months pass before starting any kind of friendship, Winch says — adding that most people who follow this rule opt not to get back in touch. If you’re the person ending things, Winch says you should prepare yourself for that possibility and give your ex their space, as hard as that may be.

Comment: Time magazine once again does a nice job. I chose this article, because it identifies and explains the proper methodology for a break up. In particular I think this area of being sure is really important for students to learn. Its important to remember this, because not all times do relationships have to end. It can be a sudden jolt of impulsivity that leaves people heart broken. This would also lay the groundwork for being certain to bleed into other avenues of the student’s life as well creating a more confident person.