Aging isn’t just a biological process — it’s also very much a cultural one.

Different cultures have different attitudes and practices around aging and death, and these cultural perspectives can have a huge effect on our experience of getting older.

While many cultures celebrate the aging process and venerate their elders, in Western cultures — where youth is fetishized and the elderly are commonly removed from the community and relegated to hospitals and nursing homes — aging can become a shameful experience. Physical signs of human aging tend to be regarded with distaste, and aging is often depicted in a negative light in popular culture, if it is even depicted at all.

“There’s so much shame in our culture around aging and death,” Koshin Paley Ellison, Buddhist monk and co-founder of the New York Zen Center for Contemplative Care, told the Huffington Post. “People themselves when they’re aging feel that there’s something wrong with them and they’re losing value.”

Psychologist Erik Erickson argued that the Western fear of aging keeps us from living full lives. “Lacking a culturally viable ideal of old age, our civilization does not really harbor a concept of the whole of life,” he wrote.

The Western cultural stigma around aging and death doesn’t exist in Greece. In Greek and Greek-American culture, old age is honored and celebrated, and respect for elders is central to the family. Though attitudes towards death in contemporary American culture are largely characterized by fear, Native American cultures traditionally accept death as a fact of life. Much of the Korean regard for aging is rooted in the Confucian principle of filial piety, a fundamental value dictating that one must respect one’s parents (although Confucius was Chinese, Confucianism has a long history in Korea). Younger members of the family have a duty to care for the aging members of the family. And even outside the family unit, Koreans are socialized to respect and show deference to older individuals as well as authority figures.

“Few of those who are filial sons and respectful brothers will show disrespect to superiors, and there has never been a man who is respectful to superiors and yet creates disorder,” Confucius wrote in Analects.

Many Indians live in joint family units, with the elders acting as the head of the household. The elders are supported by the younger members of the family and they in turn play a key role in raising their grandchildren.

This article is key to understanding the environment of aging in America. Shouldn’t we ask ourselves if part of the negative health complications and associations with aging are qualities that we’ve bred into our culture?

We have productivity, measurable improvement, and proven outcomes so ingrained in our psyche’s as ways to show our meaning to society that, when we are no longer to prove these things as we age, seniors are viewed as having less of a meaning to society. What a shame that collectively we are writing off one of our greatest resources for wisdom, knowledge, and compassion as a person who we don’t have time to help, care, or listen to.

How might I be influenced by other culture’s ideas of aging, as opposed to the Western view, to inform my design? 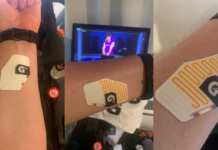 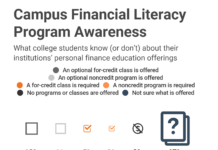 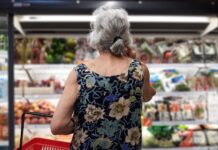