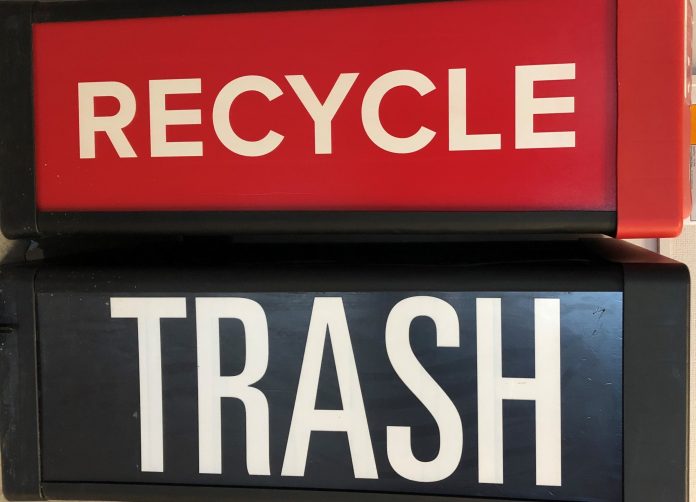 In the year 2019, it seems something bordering on redundant to begin explaining, once again, why the waste we produce as a society is problematic. For the sake of thoroughness, though, we’ll do a quick run-through of the numbers:

Since the 1960s, the amount of waste Americans produce annually has tripled, and is at present the highest rate of waste production in the world, with each person producing an average of 4.6 pounds of waste per day (Solid). This adds up to a total of 251 million tons per year (which, fun fact, is enough to reach to the moon and back 25 times). Less than a quarter of this waste is recycled. Most of it goes to one of the 2,500 active landfills in the US. It should be noted, that this is just active landfills, and that these are in addition to the over 10,000 inactive landfills which have already been filled and abandoned in the United States (Bozzuto). Of course, this waste never really goes away. Over time, these landfills can leach toxic chemicals downward, contaminating groundwater, and often by proxy, human water supplies. Additionally, the compacting of landfill waste produces potent methane gas, which absorbs the sun’s heat, thus contributing to global warming at a rate 84 times more quickly than CO2 (Land).

As centers of research and concentrated hubs of young people (the majority of whom are generally quite sold on the need for sustainable reform), many universities are among the ranks of those organizations setting zero waste goals in recent years. Ohio State University is no exception.

In the Ohio State Sustainability Goals, published in 2017, the University  defines the goal as the aim to “achieve zero waste by 2025 by diverting 90% of waste away from landfills.” Of course, as simple addition will tell us, this still leaves 10% for the landfill; and indeed, in many cases, the “zero” part of zero-waste is more so an aspirational term than it is a hard-lined goal. (Though there are shining examples of facilities such as the Subaru factory, which have proven the viability of achieving true zero). Nonetheless, a diversion rate of 90% would be a vast and impressive improvement, given the current state of things at 28%.

In order to begin understanding what the road to zero waste looks like, it can be helpful to assess the issue through two main lenses. The first is a zoom lens. We will call this lens waste management. This is the lens with which most people are already familiar, and through which most of us have already been looking for quite a long time. This is the lens which tells us to reduce, reuse and recycle, with a heavy emphasis on recycle. Through this lens, we are encouraged to recycle items as much as we can, to buy products made from recycled materials, and to opt for features such as biodegradability whenever possible. While such efforts are certainly good, and do make a difference; there are issues to be considered.

To begin with, Americans have never been very good at recycling. As much as the mantras are pushed, and as much as we seem to educate, still, 38 billion plastic water bottles are sent to the landfill each year. Overall, 80% of the items in landfills could have been recycled in some way (Fifty). When it comes to OSU specifically, there are several key issues which arise. Firstly, there is the issue of contamination. Recycling in the United States is not a nationalized standard; instead, it is managed privately and by region, so the recycling standards in each city differ depending on the infrastructure in place. In Columbus, Rumpke is the sole company which manages recycling— therefore, that is who the university works with. Rumpke is limited, however, in what they can recycle, by the processing equipment which they have in place. By extension, then, so is the University. So for example, plastics can only be recycled on campus if they are shaped like bottles. However, according to a 2018 survey conducted by the OSU Environmental and Social Sustainability Lab, 75% of undergraduate students are unaware of this fact (Walpole). Because rules on recycling plastics are different across municipalities, and because students come from all over, most have learned a completely different set of recycling rules. Furthermore, because the preaching to recycle has been touted to us with such vigor, many of us are driven to become “over-recyclers,” often recycling items based purely on the hope that they might  be recyclable. Many studies conducted by environmental psychologists have proven, even, that recycling makes people literally feel happier. And so we do so zealously, often times without an understanding that we are actually contaminating the recycling streams with non-recyclable items, and costing additional time, labor, and energy to sort.

Campus recycling in particular, has a major contamination issue, and Rumpke therefore charges a premium for OSU’s recycled waste. In fact, campus staff are trained to spot check for contaminated items when they take out recycling, and to send any bags which are visibly contaminated directly to the landfill instead. Many of these problems are contributed to by OSU’s adoption of the single-stream model of recycling, which has been in vogue since the 1990s. This system, while perhaps more convenient, removes the need for any thought from the recycler. It creates the impression that recycling is a free-for-all, when in reality, it can be quite a sensitive system. And then there is the whole next issue that, even when items do manage to be recycled properly, often times, such as in the case of plastic bottles, they can’t even be made into new plastic bottles; instead, they must be downcycled, and produced into lower quality goods…which, often times, cannot be recycled again. And thus, there they go, down the line— into the landfill.

So that is recyclable waste. But what about other kinds of waste, such as organic matter? Interestingly, organic waste accounts for a considerable portion of OSU’s current waste stream— 10.1% being food waste, 8.7% being animal feed and debris, and 8.5% being paper towels and tissues. So what does this mean? To put it simply: upwards of 20-25% of our waste has the potential to be diverted through a composting system. Which begs the question— why is it not already happening? Well, our developed understanding of the current recycling system, actually serves as an informative parallel model for composting. Much like the University’s recycling is limited by the existing infrastructure, so too is composting. Like recycling, composting vendors are rising up as independent entities. Generally, at present, their operations remain fairly small. Innovative Organics, a composting company in Columbus, is OSU’s current sole partner in the effort. In light of this, the University is making moves towards becoming its own composting vendor, through the building of an anaerobic digester or a black soldier fly larvae system. Currently, however, outside of zero-waste sanctioned events, composting is limited only to use by trained dining staff in some areas, and there is no broader composting system available to students. This, again, goes back to the contamination issue which we examined in recycling. If recycling behavior is any indication of how composting might go, it presents the major issue of how students can be properly educated, and how a more intuitive system can be put in place to build correct composting practice. This is crucial, as composting is an even more sensitive waste management system than is recycling, and contamination has a high potential to damage the quality of the compost product. However, if done properly, it provides the possibility to eliminate a significant percentage of the current landfill tonnage, and provide valuable compost product or bio-fuel. This is especially advantageous when we consider the fate that food waste would otherwise find in a landfill, where is is left unable to break down naturally, and instead produces a harmful excess of methane gas.

In light of the composting discussion, in recent years, many companies have begun to make moves towards developing biodegradable packaging and single use items, as an alternative to plastics and cardboard. When we look at the extreme volume of packaged food, beverages, single-use containers, cups, utensils, and the like which are brought onto campus, used, and disposed of each day, the move from largely non-recyclable materials to biodegradable ones would seem like quite the positive development. And while this has the potential to be a beneficial effort, it is dicey; like food, the biodegradability of an item provides little benefit if the item is disposed of improperly, to a landfill where it cannot actually break down anyway. Furthermore, the language surrounding “biodegradability” is ill-defined, and just because an item may be marked as biodegradable, that does not necessarily mean that it will break down quickly, and can necessarily be processed by municipal composters. This particular example serves to highlight some of the major issues which arise when we assess our waste problem only through the zoom lens of waste management. The lessons which we learn from waste management are crucial. However, in order to adopt true change, it is even more beneficial to swap it out for a lens with a far, far, wider angle— a lens which we call waste prevention. Looking through this lens, we begin to seriously assess the entire set of tools available to us through the circular economy: how a culture of sharing, reusing, and reclaiming can be built; how specific waste streams can be connected to specific source streams; and how the expectations of consumption and disposal patterns can be radically altered. Through this lens, and through the development of a big-picture, critical view of the waste issue— this is the way in which OSU will have to move forward, if we are to have any hope of achieving zero-waste in the year 2025 or beyond. 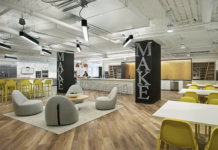 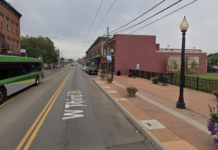