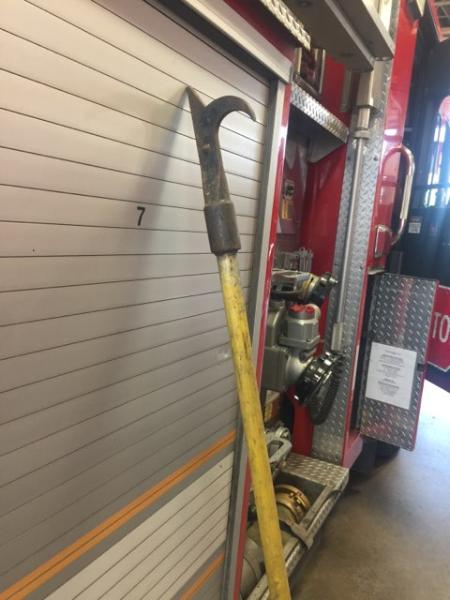 Mitch: “To start I’d like to follow up on the prep question I sent you earlier; in your 23 years on the force have you seen or used any “life hacks” or work-arounds for tools that you use in the department?”

Laura: “Hmm…I don’t know really how to answer that. We have certain tools for striking, certain tools for cutting, and certain tools for prying and whatnot. Usually when people get off the truck one has one and one has the other. There is one, our Halligan. It’s kind of got a pry bar and it’s got a flat head, almost like you can use it for hammering/striking, and then one end is a poking thing so you can bust through walls or something like drywall so you can look through. It’s not mainly for that because we do have a tool specifically for like pulling down ceiling or drywall, you shove it up, it’s called a pike pole; it’s got a kind of a sharp end and wide edges so you put it in and you turn it and you pull down big chunks of drywall and stuff like that. But this Halligan is kind of not made for that but we kind of make due with it because of how it’s shaped. We have a common axe, and you can use that as a striking tool too but it’s mainly for cutting but you can use it for multitudes of things. Like the prying thing, we can use it to get behind the door or the back of the axe we can use the back end of the tool. Don’t know if this is helping you at all.”

Mitch: “It’s all very helpful, not having the experience myself it’s exciting to see the world in which these tools are being used, I really appreciate your insight and experience.”

Laura: “Columbus has some guys that have made up their own (tools). Some guys made their own set of irons, you carry a Halligan tool and like an axe and they kind of fit together. They made one that’s a little smaller so it’s portable and it has a little strap, so they don’t have to worry about tying up an arm, they can just put it over their shoulder. I like that aspect; something you can just throw over your shoulder. Sometimes you need both of your hands and if you have a tool in it you’ve got to put it down and then bend down to grab it and sometimes it’s time consuming or you might lose it because it’s so dark. Some guys have made an axe, a little sharper and then on the other end, the bottom end of the axe, you have one of the pike-pole heads that you can jam through the drywall and then the edges are kind of wide so you can pull it down so you can see it there’s any kind of fire extensions in the walls or anything like that. So they’ve made that. For Columbus standard issue is regular axe, not a pickhead axe, just a regular old axe, and then a sledgehammer and then we have the Halligan which is a small little bar, one end is a prybar and it’s like a fork, you can use that end to shut off a gas valve.”

Laura: “Yeah that’s right. So that end is like that but you can also pry with it, sometimes we use it to raise the hoods of cars, or when getting into doors we put it into the doorjamb and try to open that way. So that can be used as that but the other end is kind of like an “L” shape where one side is a solid point where you can poke into drywall and the other side is a hammer looking thing if you can picture that. That’s (the Halligan) is probably the most universal tool we use because like I said you have the key shut off, the pry bar, and ripping tool which lets you bust into walls and stuff if you need to. That’s the most common. Other people usually carry a sledgehammer.”

“We have different size pike poles, which are strictly for pulling down ceiling and stuff like that so you can reach up high so people of my height (she’s petite in build) you know can reach. We have 4’, 6’, and 8’ pike poles so we can reach different things.”

“It has a sharp tip to bust through, with some force, the ceiling and turn it and you can pull down all kinds of drywall and what-not. So that’s what we typically use.”

“The other guys started making up their own tools using their imaginations, but for me I just make do with what we have and make it work.”

Mitch: “So Columbus let’s you all use the tools these guys are making or do you have to use strictly what’s issued?”

Laura: “Everybody uses it (custom tool) it’s not standard issue but when they’re on their duty they bring it in, and after their shift they take it with them.”

Laura: “Exactly it’s something they’ve made on their own and it’s theirs. Whatever works for them. So I’m sure if you come up with something someone will be like “heck yeah” you know?”

Mitch: “That’s exciting, I had been concerned about there being legal hurdles with the department in terms of only being allowed to use what’s issued.”

Laura: “Yeah no, now I don’t even know if there is, it’s a tool and however you have to do your job you do it. We don’t have a contract with a particular (company). I think whatever works does the job does the job. You’d need to talk to the upper echelon about the legal side of it but I know a lot of guys use their own.”

“Now I’ll say what I’d like, I don’t have the knowledge to do it, but a little strap I could just throw over my shoulder, still have it with me, and keep my hands free. Then when I need it, it’s right there and you just take it off. Because you already have a lot of stuff on your back and you can’t see and then sometimes you need your hands to move stuff and if it’s really really dark and you set your tool down you lose it, or you put it by your leg or whatever.”

“Most times you can get it, it’s right next to you but sometimes it gets chaotic and you lose it and move on and you find it later and it’s covered in debris (Transcriber Note; this would ruin the heat treat/temper on any steel edges). Now we used to have like a, and it was kind of my favorite but everyone said they didn’t like it, it was kind of like a sledge/axe and had like a little hole through the head so you could hold the axe end….it’s hard to explain. I’ll take a picture of it. At the very other end was like a pike pole looking head. That was my favorite because it was a striking tool, axe, and pike-pole, and I really really liked it. Plus it was easier to carry and I liked to carry it.”

“A lot of guys were like “that’s the most useless tool we have” so I was like “yeah that’s stupid” and I stopped using it, but it’s convenience I go by.”

“I’m on the engine company and we usually have the hose so a lot of time if were looking for the fire we need to get in the walls and look for extensions so we need something little, and most of our pike poles are so long that it gets in the way, snagged, caught on doors.”

“It might just be me being short and everything, maybe I’m just not carrying it the right way or whatever.”

Mitch: “No, see that’s a completely valid issue; from a design standpoint the tools should work for you regardless of who you are. If they’re not intuitive or inclusive enough for you to perform your job that’s a failure on the designer, not you. The exciting thing though is that in identifying these issues or pain points we have an opportunity to address them. If I remember correctly you mentioned there are different length pike-poles?”

Mitch: “So it would be interesting if there was a single pike pole that would somehow be able to take the place of the different lengths.”

Laura: “Oh! Yeah, yeah that would be nice, so you don’t have to say “oh shoot this isn’t long enough, go back to the truck and get me a…” and I’m not trying to drag me a 12′ pike pole in, first of all it’s like three times my height and I’d definitely get caught up on something. But with those nice big houses with cathedral ceilings, if you had to get up in there…you can’t carry around a ladder with you. You know what I’ll do, I’ll take a picture of everything we use and when I see the guys that made their own I’ll get a picture and ask them what makes it better for them.”

Mitch: “Thank you so much for your time you have given me some great things to explore! Also I wanted to thank you for helping to get my survey out there.”

Laura: “I hope they got back to you, two of the guys are instructors so I thought they would be really good, and a couple of the guys are new because they might have some insights, and a couple guys who’ve had some time on. Also Shawn MCconnel (spelling?) he’s got the most years on. But I’m glad they responded and helped you!”

Mitch: “Yeah they gave great feedback. I really appreciate all you’ve done and all of your experience/tacit knowledge!” 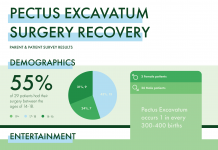 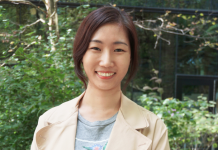