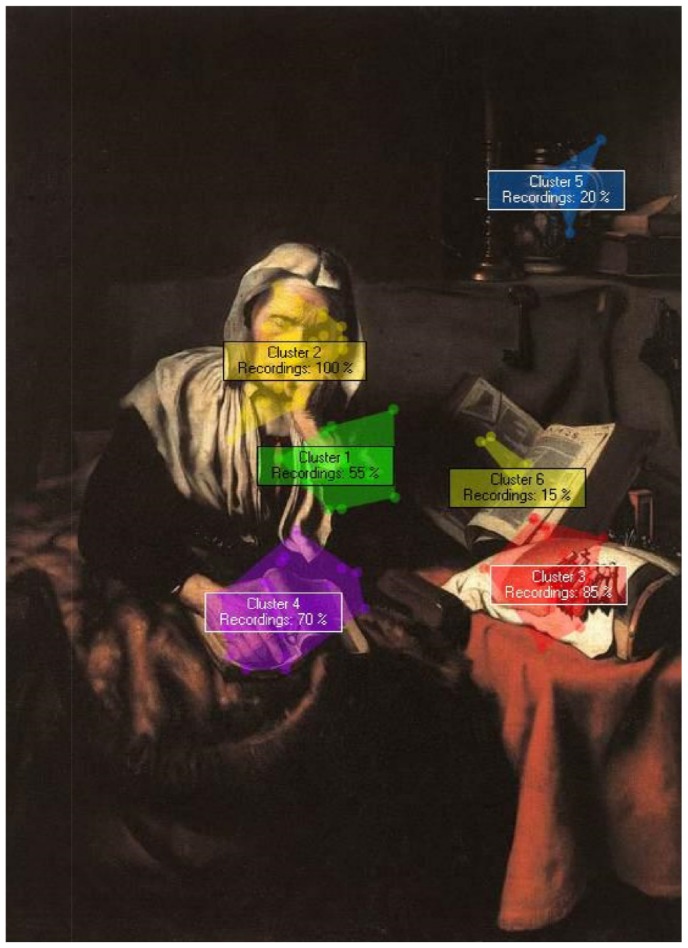 Adolescence is a peculiar age mainly characterized by physical and psychological changes that may affect the perception of one’s own and others’ body. This perceptual peculiarity may influence the way in which bottom-up and top-down processes interact and, consequently, the perception and evaluation of art. This study is aimed at investigating, by means of the eye-tracking technique, the visual explorative behavior of adolescents while looking at paintings. Sixteen color paintings, categorized as dynamic and static, were presented to twenty adolescents; half of the images represented natural environments and half human individuals; all stimuli were displayed under aesthetic and movement judgment tasks. Participants’ ratings revealed that, generally, nature images are explicitly evaluated as more appealing than human images. Eye movement data, on the other hand, showed that the human body exerts a strong power in orienting and attracting visual attention and that, in adolescence, it plays a fundamental role during aesthetic experience. In particular, adolescents seem to approach human-content images by giving priority to elements calling forth movement and action, supporting the embodiment theory of aesthetic perception.

Using the eye-tracking technique, in the present study we focused on how bottom-up and top-down processes interact while a group of adolescents visually explored and aesthetically appraised paintings. We considered visual behavior as an index of overt selection expressing the link between the area observed with the viewer’s interest [50]. Stimuli were presented for a duration of 3 s, shown to be a reliable period to form and express a stable evaluation of the artwork in previous works [51]–[54]. It was shown that the perception of pictorial properties, such as symmetry and balance, can be detected after only 50 ms glance at the visual stimulus. Locher and colleagues [55] found that, about 2 s after the onset of the pictorial stimuli, viewers were able to provide a holistic description of the characteristics of the artworks in response to their expressive qualities, style and form. Additionally, the authors provided evidence that the pleasantness ratings of the paintings obtained following a brief glance correlated with exposition to the artworks for unlimited viewing (see also the preliminary study for stimulus selection in Di Dio et al. [56]).

As a matter of fact, the analysis of the eye-tracking variables representing initially observed areas not only confirmed that the human figure in the paintings strongly attracted attention (longer time spent on human than on nature content), but also that the content of some of these areas was highly meaningful (smaller clusters on human than on nature images): the human body firstly and strongly attracted the visual exploration of adolescents.

[…] it is worth noting that adolescents’ attention was firstly drawn on body parts usually involved in the execution of actions, such as limbs, and only later on the face, which is generally recognized as one of the most interesting and social relevant areas of the body [64], [65]. This evidence betrays a peculiar way of perceiving the body in adolescence. In fact, it seems that the body dimension is so relevant to adolescents that they are first interested in exploring what a person is doing (with their limbs) and, only later, what a person is thinking or feeling (through face expressions), independently of the task they are asked to perform. As previously described, visual exploration of paintings may be guided by embodied simulation of both actions and the expression of emotions. Adolescents visual behavior seems to be primarily guided by the effective actions that humans represented paintings are executing. 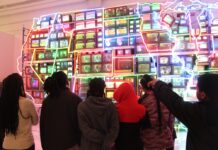 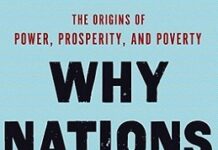 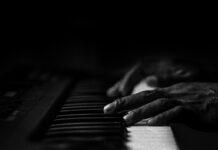 The Art of Sports and the Sport of Arts