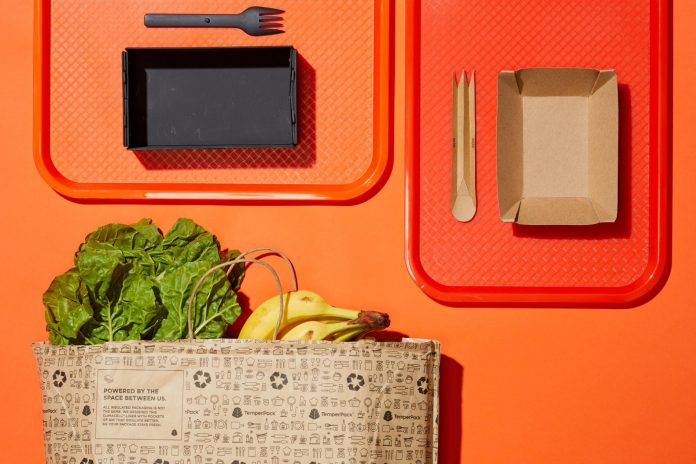 “We’re seeing a tremendous acceleration in the demand for packaging alternatives as the unintended consequences of plastics become more visible, both locally and globally,” says Kate Daly, of Closed Loop Partners, a social-impact investment fund that focuses on waste.

More conscientious recycling would be a boon, but it’s no panacea. Recycling requires energy, water, and the transport of materials. Most recycled plastics get shredded, melted, and reformed into goods—like lumber, fleece, or carpeting—still eventually bound for landfills. Manufacturers continue to make bottles and shrink-wraps ever thinner, but the fact remains: plastics are made from nonrenewable resources, either oil or natural gas, and most never see a second life.

Soon after the turn of the 20th century, food companies began using a flexible wrap called cellophane, made from plants. Chemists later imitated this bio-based polymer with polyvinyl chloride and later less toxic polyethylene, creating Saran Wrap. While cellophane was compostable, the oil-based films—and the rigid plastic containers that followed—were not. The stage was set for a throwaway future.

Often working together, designers, engineers, biologists, investors, and recyclers are now striving to develop packaging that falls within the mandates of what’s known as the circular economy. In the circular economy, material goods cycle in two separate loops. One recovers technical nutrients—like metals, minerals, and polymers—for reuse, and the other returns biological materials—fiber, wood—to nature through composting programs, or it converts them, through anaerobic digestion, to carbon-neutral energy.

Of course, a compostable future depends upon universal access to—and consumer participation in—municipal compost systems, which collect organic materials for their conversion to fertilizer or energy. Hundreds of municipalities in the EU, Canada, and the U.S. are moving in this direction, but setting up a system can present a chicken-and-egg problem. In New York City, for example, the volume of available material far exceeds the capacity of nearby processors.

And then there’s the problem of human nature. Fred Skeberg, a Swedish product developer and founder of the food and design website Ateriet, once found himself at a music festival where vendors served food on “edible” corn starch-based plates, meant to be tossed into compost bins. But people assumed their bowls and plates would disappear in nature, Skeberg says, “and they threw it everywhere. So that backfired.” As the United Nations soberly noted in a report, “Labelling a product as biodegradable may be seen as a technical fix that removes responsibility from the individual.”

Until systems and people are in sync, a great deal of compostable packaging will end up in landfills, where it can generate greenhouse gases. If compostables mistakenly land in recycling plants—many plant-based plastics resemble their oil-based cousins—they’re considered a contaminant.

“Technology isn’t going to get us out of our waste conundrum,” says Dayna Baumeister. “Human psychology has to change. At some point, you just have to say enough is enough.”

In contrast to the TIME piece about the history of recycling, this one takes a forward-looking approach, and explores the foreseen shifts which may be coming in the packaging industry. The emphasis seems to be shifting to the exploration of biodegradable materials. This insight, while promising, presents a whole new set of questions about the infrastructural and behavioral elements involved which still have yet to be accounted for. 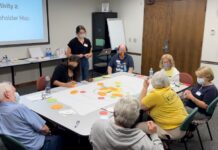